Once again we archive the latest article by Pete Clemons who takes a look at another of the high profile folk rock musicians who settled in Coventry in the 1990's.

Last time it was Dave Swarbrick, now it's Joe O'Donnell and Shkayla. The article is from Coventry Telegraph. 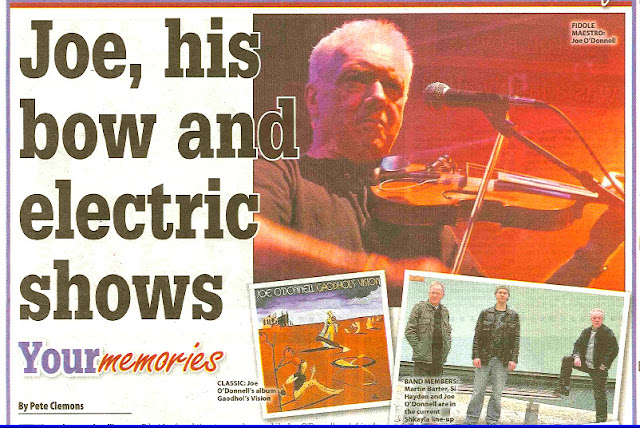 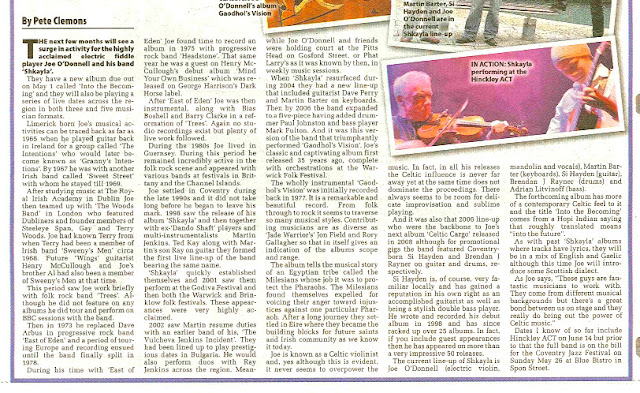 THE next few months will see a surge in activity for the highly acclaimed electric fiddle player Joe O'Donnell and his band 'Shkayla'.

They have a new album due out on May 1 called 'Into the Becoming' and they will also be playing a series of live dates across the region in both three and five musician formats.

Limerick born Joe's musical activities can be traced back as far as 1965 when he played guitar back in Ireland for a group called 'The Intentions' who would later become known as 'Granny's Intentions'. By 1967 he was with another Irish band called 'Sweet Street' with whom he stayed till 1969.

After studying music at The Royal Irish Academy in Dublin Joe then teamed up with 'The Woods Band' in London who featured Dubliners and founder members of Steeleye Span, Gay and Terry Woods. Joe had known Terry from when Terry had been a member of Irish band 'Sweeny's Men' circa 1968. Future 'Wings' guitarist Henry McCullough and Joe's brother Al had also been a member of Sweeny's Men at that time.

This period saw Joe work briefly with folk rock band 'Trees'. Although he did not feature on any albums he did tour and perform on BBC sessions with the band.

Then in 1973 he replaced Dave Arbus in progressive rock band 'East of Eden' and a period of touring Europe and recording ensued until the band finally split in 1978.

During his time with 'East of Eden' Joe found time to record an album in 1975 with progressive rock band 'Headstone'. That same year he was a guest on Henry Mc-Cullough's debut album 'Mind Your Own Business' which was released on George Harrison's Dark Horse label.

After 'East of Eden' Joe was then instrumental, along with Bias Boshell and Barry Clarke in a reformation of 'Trees'. Again no studio recordings exist but plenty of live work followed.

During the 1980s Joe lived in Guernsey. During this period he remained incredibly active in the folk rock scene and appeared with various bands at festivals in Brittany and the Channel Islands. Joe settled in Coventry during the late 1990s and it did not take long before he began to leave his mark. 1998 saw the release of his album 'Shkayla' and then together with ex-'Dando Shaft' players and multi-instrumentalists Martin Jenkins, Ted Kay along with Martin's son Ray on guitar they formed the first live line-up of the band bearing the same name.

'Shkayla' quickly established themselves and 2001 saw them perform at the Godiva Festival and then both the Warwick and Brinklow folk festivals. These appearances were very highly acclaimed.

2002 saw Martin resume duties with an earlier band of his, 'The Vulcheva Jenkins Incident'. They had been lined up to play prestigious dates in Bulgaria. He would also perform duos with Ray Jenkins across the region. Meanwhile Joe O'Donnell and friends were holding court at the Pitts Head on Gosford Street, or Phat Larry's as it was known by then, in weekly music sessions.

When 'Shkayla' resurfaced during 2004 they had a new line-up that included guitarist Dave Perry and Martin Barter on keyboards. Then by 2006 the band expanded to a five-piece having added drummer Paul Johnston and bass player Mark Fulton. And it was this version of the band that triumphantly performed 'Gaodhol's Vision', Joe's classic and captivating album first released 35 years ago, complete with orchestrations at the Warwick Folk Festival.

The wholly instrumental 'Gaodhol's Vision' was initially recorded back in 1977. It is a remarkable and beautiful record. From folk through to rock it seems to traverse so many musical styles. Contributing musicians are as diverse as 'Jade Warrior's' Jon Field and Rory Gallagher so that in itself gives an indication of the albums scope and range.

The album tells the musical story of an Egyptian tribe called the Milesians whose job it was to protect the Pharaohs. The Milesians found themselves expelled for voicing their anger toward injustices against one particular Pharaoh. After a long journey they settled in Eire where they became the building blocks for future saints and Irish community as we know it today.

Joe is known as a Celtic violinist and, yes although this is evident, it never seems to overpower the music. In fact, in all his releases the Celtic influence is never far away yet at the same time does not dominate the proceedings. There always seems to be room for delicate improvisation and sublime playing.

And it was also that 2006 line-up who were the backbone to Joe's next album 'Celtic Cargo' released in 2008 although for promotional gigs the band featured Coventryborn Si Hayden and Brendan J Rayner on guitar and drums, respectively.

Si Hayden is, of course, very familiar locally and has gained a reputation in his own right as an accomplished guitarist as well as being a stylish double bass player. He wrote and recorded his debut album in 1998 and has since racked up over 25 albums. In fact, if you include guest appearances then he has appeared on more than a very impressive 50 releases.

The forthcoming album has more of a contemporary Celtic feel to it and the title 'Into the Becoming' comes from a Hopi Indian saying that roughly translated means "into the future".

As with past 'Shkayla' albums where tracks have lyrics, they will be in a mix of English and Gaelic although this time Joe will introduce some Scottish dialect. As Joe says, "These guys are fantastic musicians to work with. They come from different musical backgrounds but there's a great bond between us on stage and they really do bring out the power of Celtic music."

Dates I know of so far include Hinckley ACT on June 14 but prior to that the full band is on the bill for the Coventry Jazz Festival on Sunday May 26 at Blue Bistro in Spon Street.

We also have an article on Joe and Shkayla on our Coventry Folkclub blog here
http://coventryfolkclubs.blogspot.co.uk/2013/04/joe-odonnells-shkayla.html


And another article on Joe O'Donnell and Shkayla here
http://coventrygigs.blogspot.co.uk/2017/07/joe-odonnells-shkayla-at-godiva-festival.html 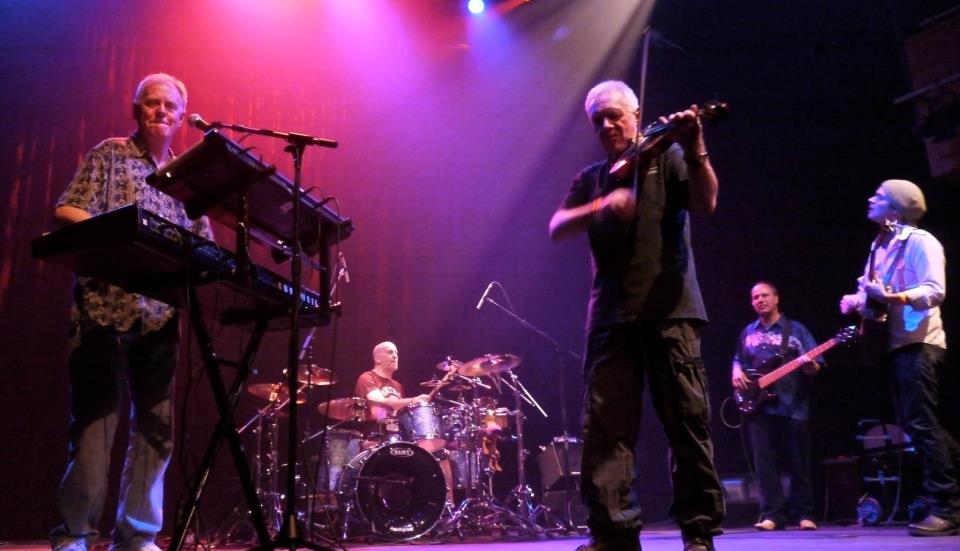 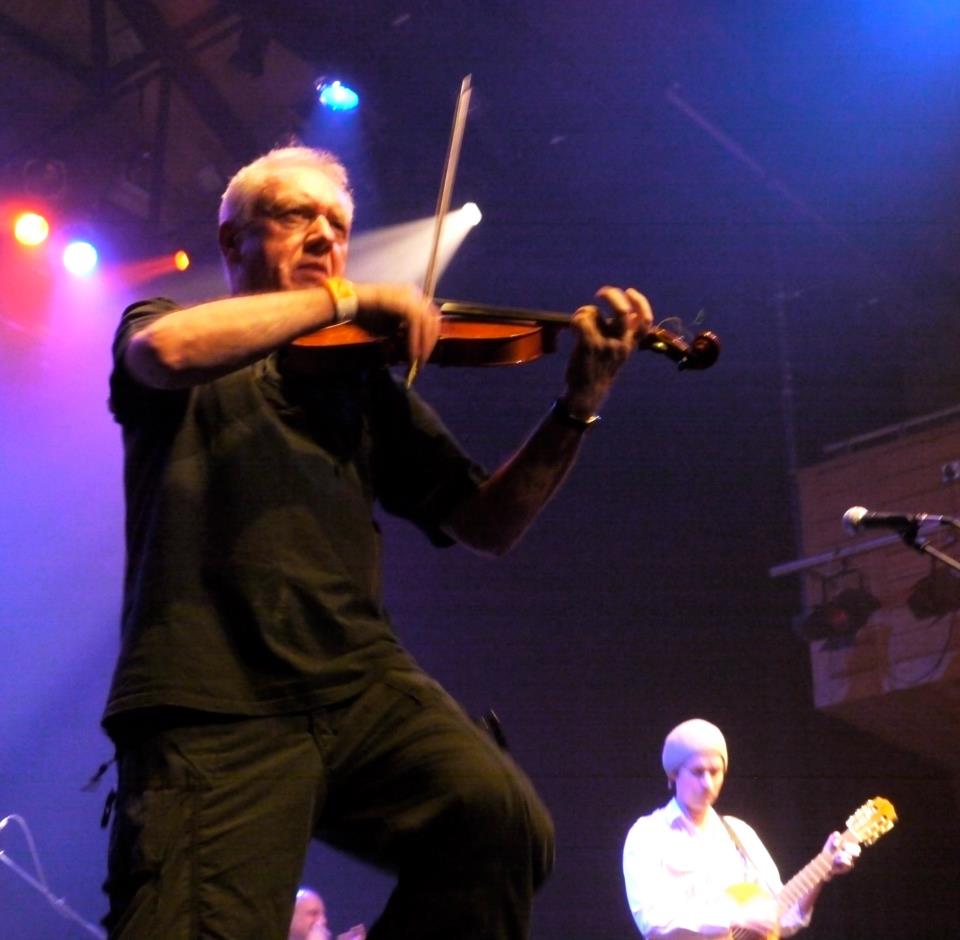 P is for Paddy - this track is truly beautiful - take a listen.