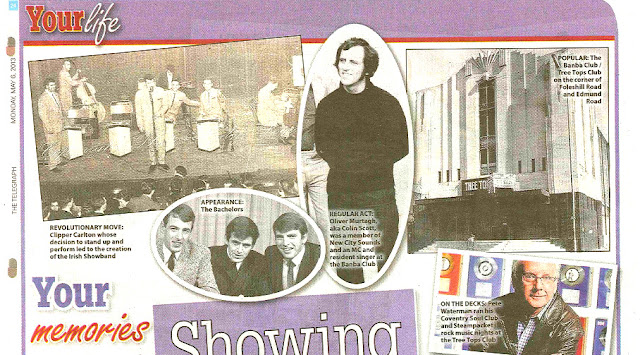 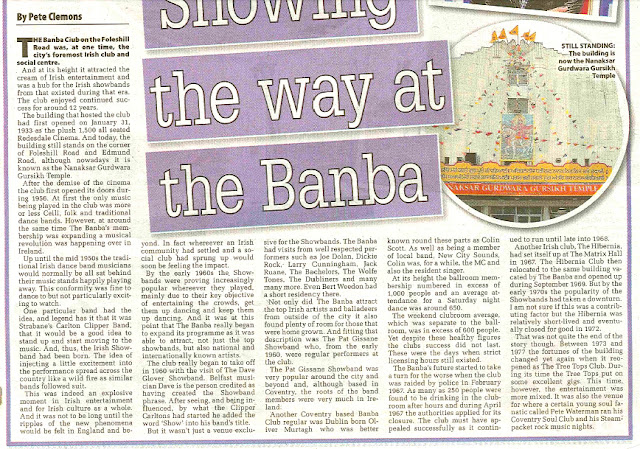 Showing Show at way the Banba; Your memories.

THE Banba Club on the Foleshill Road was, at one time, the city's foremost Irish club and social centre.

And at its height it attracted the cream of Irish entertainment and was a hub for the Irish showbands from that existed during that era. The club enjoyed continued success for around 12 years.

The building that hosted the club had first opened on January 31, 1933 as the plush 1,500 all seated Redesdale Cinema. And today, the building still stands on the corner of Foleshill Road and Edmund Road, although nowadays it is known as the Nanaksar Gurdwara Gursikh Temple.

After the demise of the cinema the club first opened its doors during 1956. At first the only music being played in the club was more or less Ceili, folk and traditional dance bands. However, at around the same time The Banba's membership was expanding a musical revolution was happening over in Ireland.

Up until the mid 1950s the traditional Irish dance band musicians would normally be all sat behind their music stands happily playing away. This conformity was fine to dance to but not particularly exciting to watch.

One particular band had the idea, and legend has it that it was Strabane's Carlton Clipper Band, that it would be a good idea to stand up and start moving to the music. And, thus, the Irish Showband had been born. The idea of injecting a little excitement into the performance spread across the country like a wild fire as similar bands followed suit.

This was indeed an explosive moment in Irish entertainment and for Irish culture as a whole. And it was not to be long until the ripples of the new phenomena would be felt in England and beyond.

In fact whereever an Irish community had settled and a social club had sprung up would soon be feeling the impact.

By the early 1960s the Showbands were proving increasingly popular whereever they played, mainly due to their key objective of entertaining the crowds, get them up dancing and keep them up dancing. And it was at this point that The Banba really began to expand its programme as it was able to attract, not just the top showbands, but also national and internationally known artists.

The club really began to take off in 1960 with the visit of The Dave Glover Showband. Belfast musician Dave is the person credited as having created the Showband phrase. After seeing, and being influenced, by what the Clipper Carltons had started he added the word 'Show' into his band's title.

But it wasn't just a venue exclusive for the Showbands. The Banba had visits from well respected performers such as Joe Dolan, Dickie Rock, Larry Cunningham, Jack Ruane, The Bachelors, The Wolfe Tones, The Dubliners and many many more. Even Bert Weedon had a short residency there.

Not only did The Banba attract the top Irish artists and balladeers from outside of the city it also found plenty of room for those that were home grown. And fitting that description was The Pat Gissane Showband who, from the early 1960, were regular performers at the club.

The Pat Gissane Showband was very popular around the city and beyond and, although based in Coventry, the roots of the band members were very much in Ireland.

Another Coventry based Banba Club regular was Dublin born Oliver Murtagh who was better known round these parts as Colin Scott. As well as being a member of local band, New City Sounds, Colin was, for a while, the MC and also the resident singer.

At its height the ballroom membership numbered in excess of 1,000 people and an average attendance for a Saturday night dance was around 650.

The weekend clubroom average, which was separate to the ballroom, was in excess of 600 people. Yet despite these healthy figures the clubs success did not last. These were the days when strict licensing hours still existed.

The Banba's future started to take a turn for the worse when the club was raided by police in February 1967. As many as 250 people were found to be drinking in the clubroom after hours and during April 1967 the authorities applied for its closure. The club must have appealed successfully as it continued to run until late into 1968. Another Irish club, The Hibernia, had set itself up at The Matrix Hall in 1967. The Hibernia Club then relocated to the same building vacated by The Banba and opened up during September 1969. But by the early 1970s the popularity of the Showbands had taken a downturn. I am not sure if this was a contributing factor but the Hibernia was relatively short-lived and eventually closed for good in 1972. 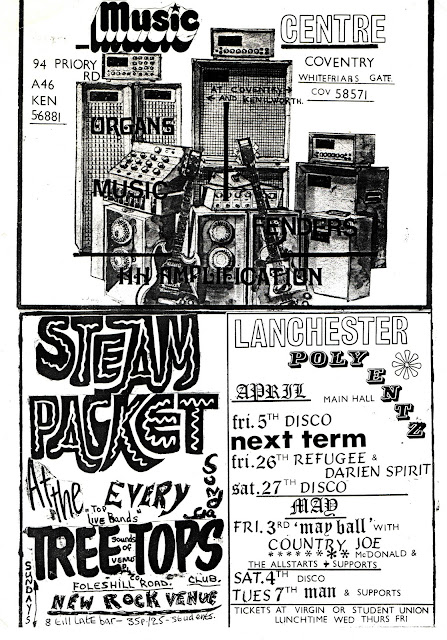 Adverts from Hobo magazine 1974 including the Steam Packet organised by Direct Enterprises.

Some of the tracks you may have heard Pete play at the time. 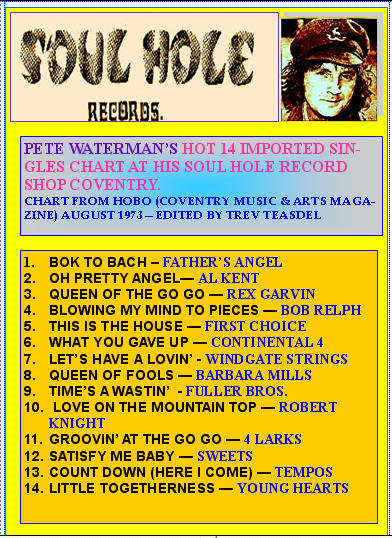 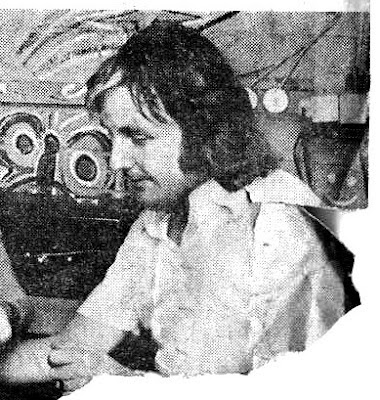