The DT's and Steve Marriott

Pete Clemons turns his spotlight on the DT's who have returned but in former days toured as Steve Marriott and the DT's. This is his latest article from the Coventry Telegraph. Thanks to Alan Joseph for making the photos available. 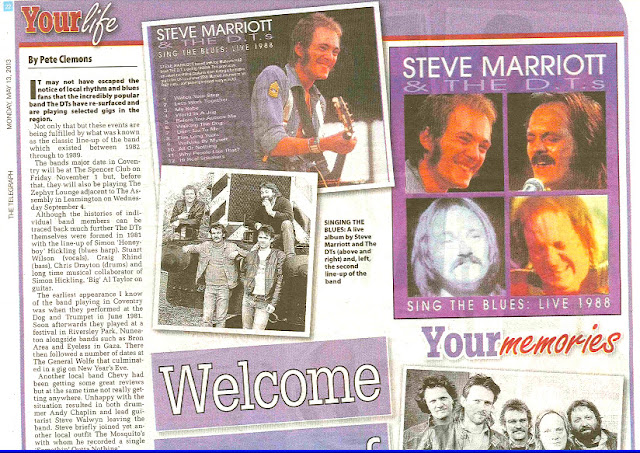 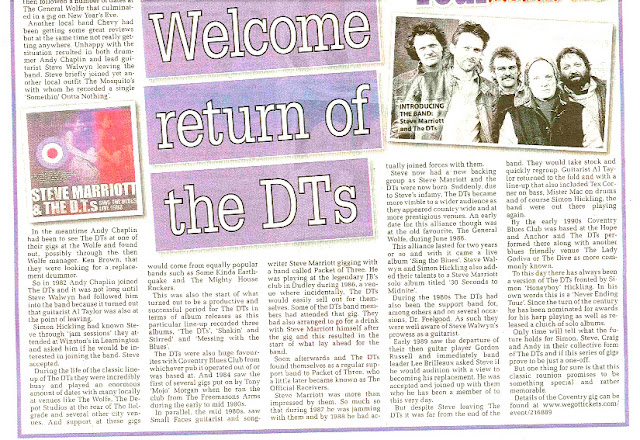 Welcome return of the DTs

IT may not have escaped the notice of local rhythm and blues fans that the incredibly popular band The DTs have re-surfaced and are playing selected gigs in the region.

Not only that but these events are being fulfilled by what was known as the classic line-up of the band which existed between 1982 through to 1989.

The bands major date in Coventry will be at The Spencer Club on Friday November 1 but, before that, they will also be playing The Zephyr Lounge adjacent to The Assembly in Leamington on Wednesday September 4. Although the histories of individual band members can be traced back much further The DTs themselves were formed in 1981 with the line-up of Simon 'Honeyboy' Hickling (blues harp), Stuart Wilson (vocals), Craig Rhind (bass), Chris Drayton (drums) and long time musical collaborator of Simon Hickling, 'Big' Al Taylor on guitar.

The earliest appearance I know of the band playing in Coventry was when they performed at the Dog and Trumpet in June 1981. Soon afterwards they played at a festival in Riversley Park, Nuneaton alongside bands such as Bron Area and Eyeless in Gaza. There then followed a number of dates at The General Wolfe that culminated in a gig on New Year's Eve.

Another local band Chevy had been getting some great reviews but at the same time not really getting anywhere. Unhappy with the situation resulted in both drummer Andy Chaplin and lead guitarist Steve Walwyn leaving the band. Steve briefly joined yet another local outfit The Mosquito's with whom he recorded a single 'Somethin' Outta Nothing'.

In the meantime Andy Chaplin had been to see The DTs at one of their gigs at the Wolfe and found out, possibly through the then Wolfe manager, Ken Brown, that they were looking for a replacement drummer.

So in 1982 Andy Chaplin joined The DTs and it was not long until Steve Walwyn had followed him into the band because it turned out that guitarist Al Taylor was also at the point of leaving.

Simon Hickling had known Steve through 'jam sessions' they attended at Winston's in Leamington and asked him if he would be interested in joining the band. Steve accepted.

During the life of the classic lineup of The DTs they were incredibly busy and played an enormous amount of dates with many locally at venues like The Wolfe, The Depot Studios at the rear of The Belgrade and several other city venues. And support at these gigs would come from equally popular bands such as Some Kinda Earthquake and The Mighty House Rockers.

This was also the start of what turned out to be a productive and successful period for The DTs in terms of album releases as this particular line-up recorded three albums, 'The DTs', 'Shakin' and Stirred' and 'Messing with the Blues'.

The DTs were also huge favourites with Coventry Blues Club from whichever pub it operated out of or was based at. And 1984 saw the first of several gigs put on by Tony 'Mojo' Morgan when he ran the club from The Freemasons Arms during the early to mid 1980s.

In parallel, the mid 1980s, saw Small Faces guitarist and songwriter Steve Marriott gigging with a band called Packet of Three. He was playing at the legendary JB's club in Dudley during 1986, a venue where incidentally, The DTs would easily sell out for themselves.

Some of the DTs band members had attended that gig. They had also arranged to go for a drink with Steve Marriott himself after the gig and this resulted in the start of what lay ahead for the band.

Soon afterwards and The DTs found themselves as a regular support band to Packet of Three, who a little later became known as The Official Receivers.

Steve Marriott was more than impressed by them. So much so that during 1987 he was jamming with them and by 1988 he had actually joined forces with them. Steve now had a new backing group as Steve Marriott and the DTs were now born. Suddenly, due to Steve's infamy, The DTs became more visible to a wider audience as they appeared country wide and at more prestigious venues. An early date for this alliance though was at the old favourite, The General Wolfe, during June 1988.

This alliance lasted for two years or so and with it came a live album 'Sing the Blues'. Steve Walwyn and Simon Hickling also added their talents to a Steve Marriott solo album titled '30 Seconds to Midnite'.

During the 1980s The DTs had also been the support band for, among others and on several occasions, Dr. Feelgood. As such they were well aware of Steve Walwyn's prowess as a guitarist.

Early 1989 saw the departure of their then guitar player Gordon Russell and immediately band leader Lee Brilleaux asked Steve if he would audition with a view to becoming his replacement. He was accepted and joined up with them who he has been a member of to this very day.

But despite Steve leaving The DTs it was far from the end of the band. They would take stock and quickly regroup. Guitarist Al Taylor returned to the fold and with a line-up that also included Tex Corner on bass, Mister Mac on drums and of course Simon Hickling, the band were out there playing again.

By the early 1990s Coventry Blues Club was based at the Hope and Anchor and The DTs performed there along with another blues friendly venue The Lady Godiva or The Dive as more commonly known.

To this day there has always been a version of The DTs fronted by Simon 'Honeyboy' Hickling. In his own words this is a 'Never Ending Tour'. Since the turn of the century he has been nominated for awards for his harp playing as well as released a clutch of solo albums. Only time will tell what the future holds for Simon, Steve, Craig and Andy in their collective form of The DTs and if this series of gigs prove to be just a one-off.

But one thing for sure is that this classic reunion promises to be something special and rather memorable.
Find the DT's on Face book here https://www.facebook.com/pages/The-DTs/436574239754513 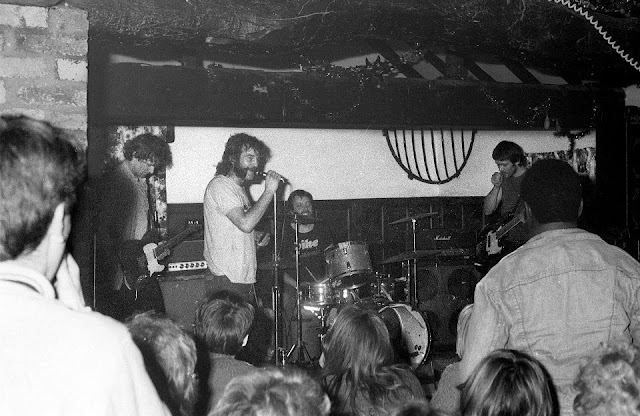 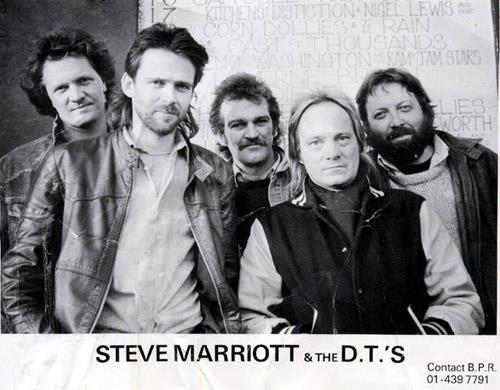 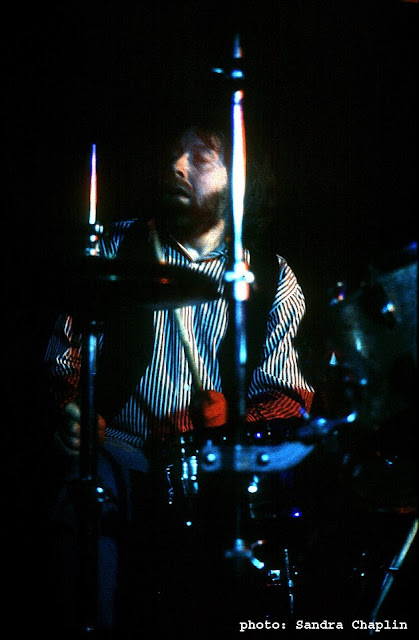 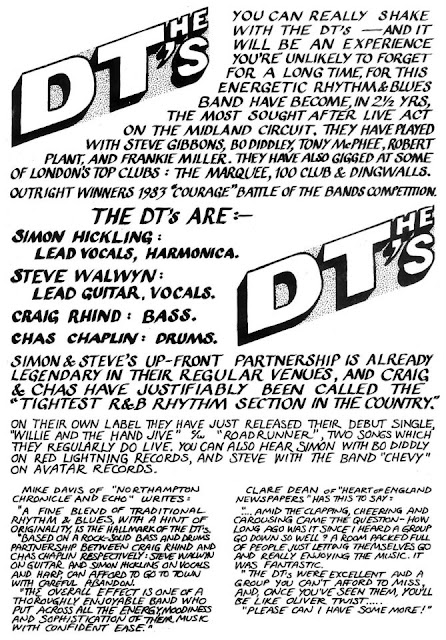 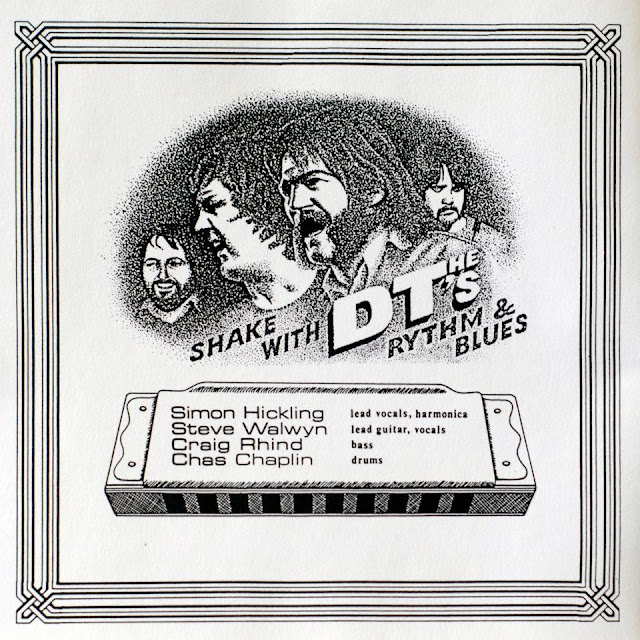 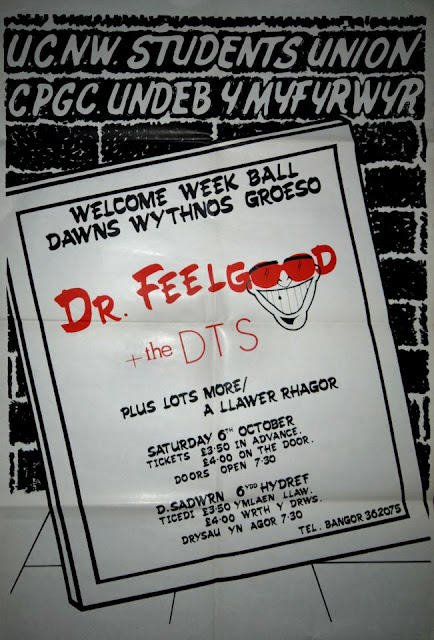 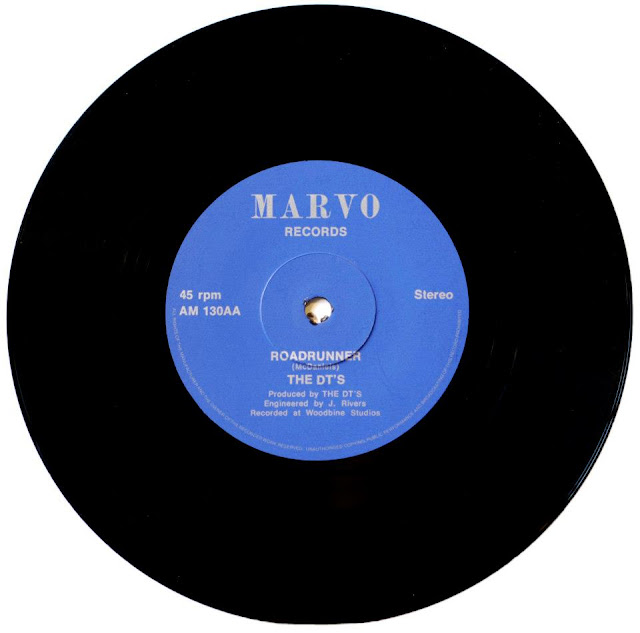 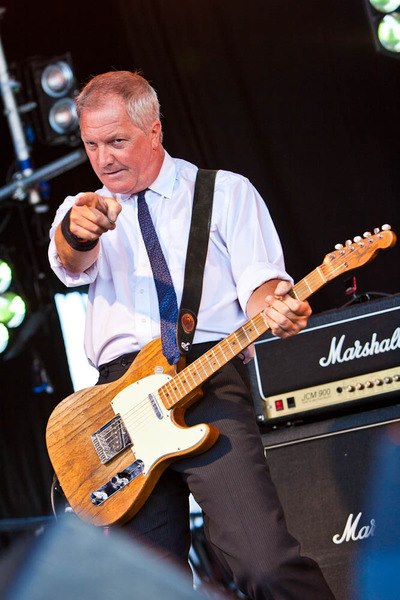 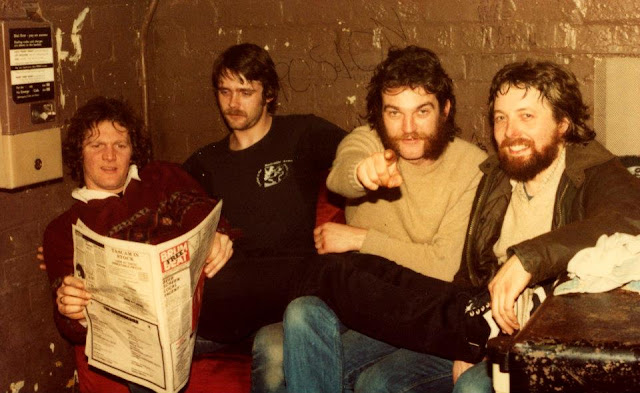 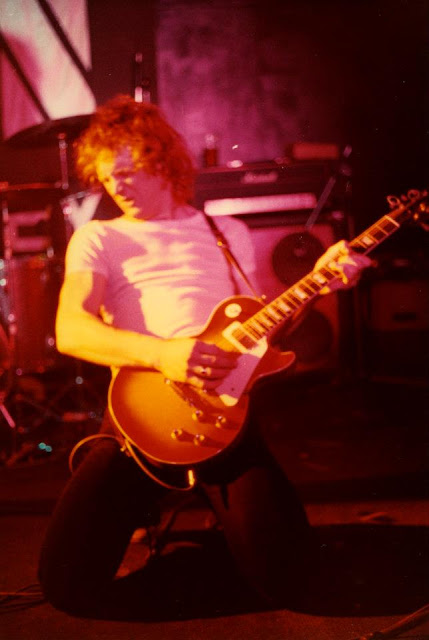 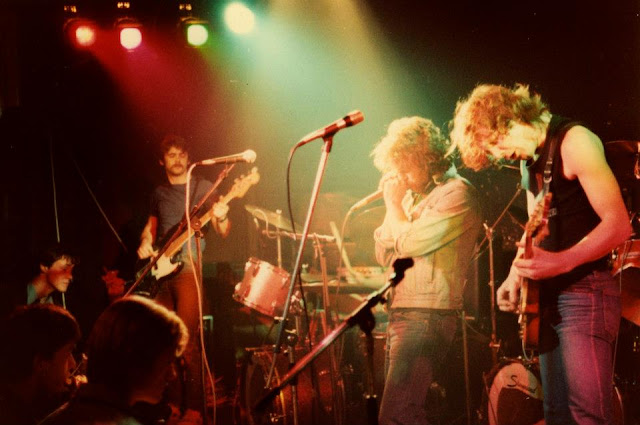 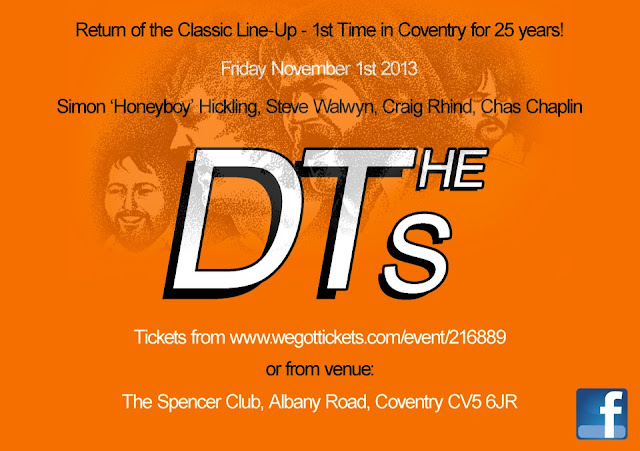 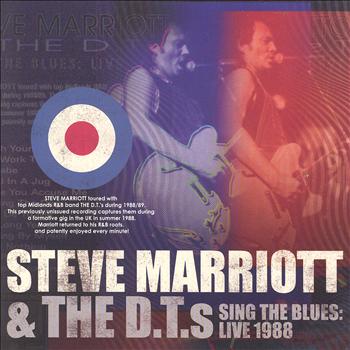 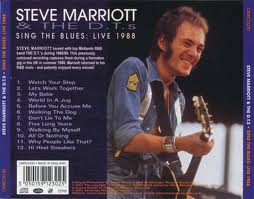 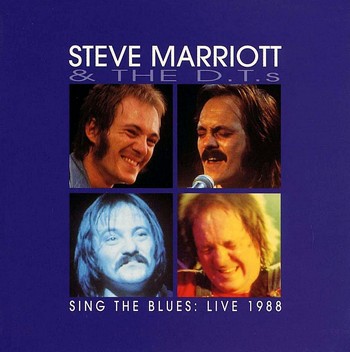