Pete Clemons takes a look at BBC presenter Brian Matthew - born in Coventry in 1928, for his latest Coventry Telegraph article. 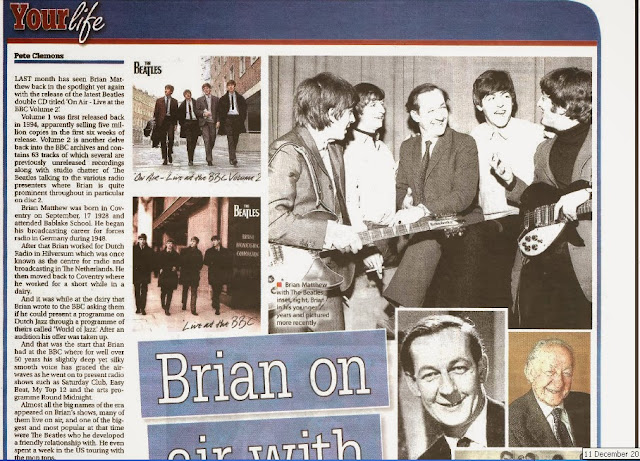 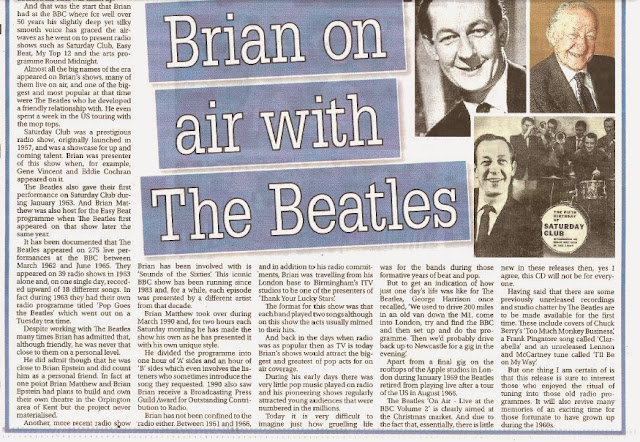 Brian on Air with the Beatles.

LAST month has seen Brian Matthew back in the spotlight yet again with the release of the latest Beatles double CD titled 'On Air - Live at the BBC Volume 2'.

Volume 1 was first released back in 1994, apparently selling five million copies in the first six weeks of release. Volume 2 is another delve back into the BBC archives and contains 63 tracks of which several are previously unreleased recordings along with studio chatter of The Beatles talking to the various radio presenters where Brian is quite prominent throughout in particular on disc 2. Brian Matthew was born in Coventry on September, 17 1928 and attended Bablake School. He began his broadcasting career for forces radio in Germany during 1948.

After that Brian worked for Dutch Radio in Hilversum which was once known as the centre for radio and broadcasting in The Netherlands. He then moved back to Coventry where he worked for a short while in a dairy.

And it was while at the dairy that Brian wrote to the BBC asking them if he could present a programme on Dutch Jazz through a programme of theirs called 'World of Jazz'. After an audition his offer was taken up.

And that was the start that Brian had at the BBC where for well over 50 years his slightly deep yet silky smooth voice has graced the airwaves as he went on to present radio shows such as Saturday Club, Easy Beat, My Top 12 and the arts programme Round Midnight.

Almost all the big names of the era appeared on Brian's shows, many of them live on air, and one of the biggest and most popular at that time were The Beatles who he developed a friendly relationship with. He even spent a week in the US touring with the mop tops.

Saturday Club was a prestigious radio show, originally launched in 1957, and was a showcase for up and coming talent. Brian was presenter of this show when, for example, Gene Vincent and Eddie Cochran appeared on it.

The Beatles also gave their first performance on Saturday Club during January 1963. And Brian Matthew was also host for the Easy Beat programme when The Beatles first appeared on that show later the same year.

It has been documented that The Beatles appeared on 275 live performances at the BBC between March 1962 and June 1965. They appeared on 39 radio shows in 1963 alone and, on one single day, recorded upward of 18 different songs. In fact during 1963 they had their own radio programme titled 'Pop Goes the Beatles' which went out on a Tuesday tea time.

Despite working with The Beatles many times Brian has admitted that, although friendly, he was never that close to them on a personal level.

He did admit though that he was close to Brian Epstein and did count him as a personal friend. In fact at one point Brian Matthew and Brian Epstein had plans to build and own their own theatre in the Orpington area of Kent but the project never materialised.

Another, more recent radio show Brian has been involved with is 'Sounds of the Sixties'. This iconic BBC show has been running since 1983 and, for a while, each episode was presented by a different artist from that decade.

Brian Matthew took over during March 1990 and, for two hours each Saturday morning he has made the show his own as he has presented it with his own unique style.

He divided the programme into one hour of 'A' sides and an hour of 'B' sides which even involves the listeners who sometimes introduce the song they requested. 1990 also saw Brian receive a Broadcasting Press Guild Award for Outstanding Contribution to Radio.

Brian has not been confined to the radio either. Between 1961 and 1966, and in addition to his radio commitments, Brian was travelling from his London base to Birmingham's ITV studios to be one of the presenters of 'Thank Your Lucky Stars'.

The format for this show was that each band played two songs although on this show the acts usually mimed to their hits.

And back in the days when radio was as popular then as TV is today Brian's shows would attract the biggest and greatest of pop acts for on air coverage.

During his early days there was very little pop music played on radio and his pioneering shows regularly attracted young audiences that were numbered in the millions.

Today it is very difficult to imagine just how gruelling life was for the bands during those formative years of beat and pop.

But to get an indication of how just one day's life was like for The Beatles, George Harrison once recalled, 'We used to drive 200 miles in an old van down the M1, come into London, try and find the BBC and then set up and do the programme.

Then we'd probably drive back up to Newcastle for a gig in the evening'.

Apart from a final gig on the rooftops of the Apple studios in London during January 1969 the Beatles retired from playing live after a tour of the US in August 1966.

The Beatles 'On Air - Live at the BBC Volume 2' is clearly aimed at the Christmas market. And due to the fact that, essentially, there is little new in these releases then, yes I agree, this CD will not be for everyone.

Having said that there are some previously unreleased recordings and studio chatter by The Beatles are to be made available for the first time. These include covers of Chuck Berry's 'Too Much Monkey Business', a Frank Pingatore song called 'Clarabella' and an unreleased Lennon and McCartney tune called 'I'll Be on My Way'.

But one thing I am certain of is that this release is sure to interest those who enjoyed the ritual of tuning into those old radio programmes.

It will also revive many memories of an exciting time for those fortunate to have grown up during the 1960s. 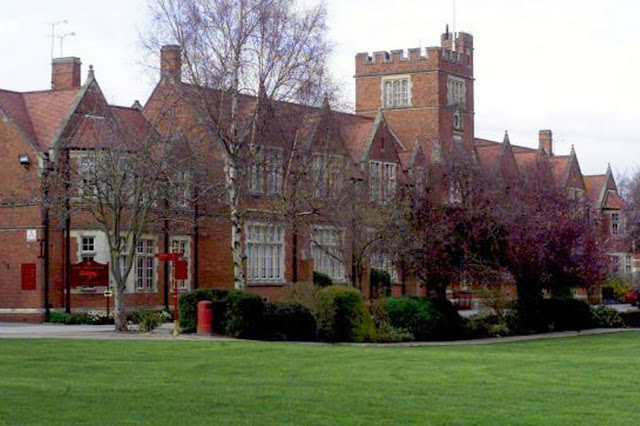