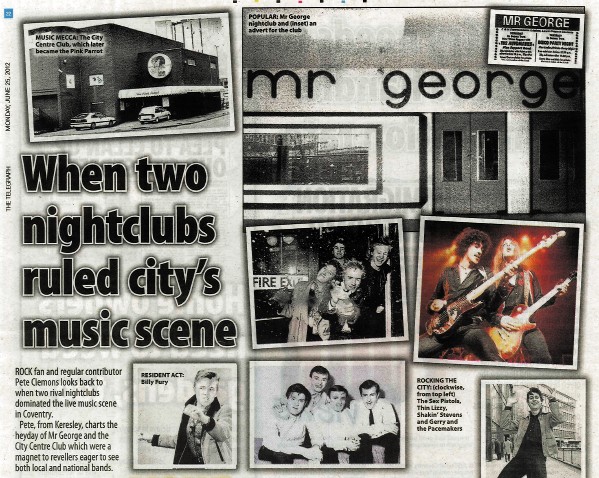 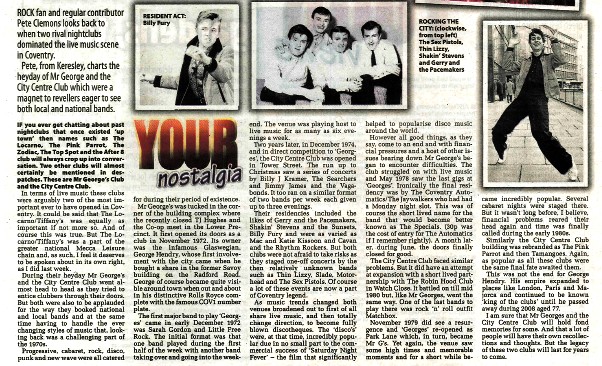 When two nightclubs ruled city's music scene; ROCK fan and regular contributor Pete Clemons looks back to when two rival nightclubs dominated the live music scene in Coventry. Pete, from Keresley, charts the heyday of Mr George and the City Centre Club which were a magnet to revelers eager to see both local and national bands. past up The The 8 dispatches. Club YOUR nostalgia.

IF you ever get chatting about past nightclubs that once existed 'up town' then names such as The Locarno, The Pink Parrot, The Zodiac, The Top Spot and the After 8 club will always crop up into conversation.

Two other clubs will almost certainly be mentioned in despatches.

These are Mr George's Club and the City Centre Club.

In terms of live music these clubs were arguably two of the most important ever to have opened in Coventry.

During their heyday Mr George's and the City Centre Club went almost head to head as they tried to entice clubbers through their doors. But both were also to be applauded for the way they booked national and local bands and at the same time having to handle the ever changing styles of music that, looking back was a challenging part of the 1970s.

Progressive, cabaret, rock, disco, punk and new wave were all catered for during their period of existence.

Mr George's was tucked in the corner of the building complex where the recently closed TJ Hughes and the Co-op meet in the Lower Precinct.

It first opened its doors as a club in November 1972. Its owner was the infamous Glaswegian, George Hendry, whose first involvement with the city came when he bought a share in the former Savoy building on the Radford Road. George of course became quite visible around town when out and about in his distinctive Rolls Royce complete with the famous COV1 number plate.

The first major band to play 'Georges' came in early December 1972 was Sarah Gordon and Little Free Rock. The initial format was that one band played during the first half of the week with another band taking over and going into the weekend.

The venue was playing host to live music for as many as six evenings a week.

Two years later, in December 1974, and in direct competition to 'Georges', the City Centre Club was opened in Tower Street. The run up to Christmas saw a series of concerts by Billy J Kramer, The Searchers and Jimmy James and the Vagabonds.

It too ran on a similar format of two bands per week each given up to three evenings.

Their residencies included the likes of Gerry and the Pacemakers, Shakin' Stevens and the Sunsets, Billy Fury and were as varied as Mac and Katie Kissoon and Cavan and the Rhythm Rockers. But both clubs were not afraid to take risks as they staged one-off concerts by the then relatively unknown bands such as Thin Lizzy, Slade, Motorhead and The Sex Pistols. Of course a lot of these events are now a part of Coventry legend.

As music trends changed both venues broadened out to first of all share live music, and then totally change direction, to become fully blown discotheques. The 'disco's' were, at that time, incredibly popular due in no small part to the commercial success of 'Saturday Night Fever' - the film that significantly helped to popularise disco music around the world.

However all good things, as they say, come to an end and with financial pressures and a host of other issues bearing down Mr George's began to encounter difficulties. The club struggled on with live music and May 1978 saw the last gigs at 'Georges'. Ironically the final residency was by The Coventry Automatics/The Jaywalkers who had had a Monday night slot. This was of course the short lived name for the band that would become better known as The Specials. (30p was the cost of entry for The Automatics if I remember rightly). A month later, during June, the doors finally closed for good.

The City Centre Club faced similar problems. But it did have an attempt at expansion with a short lived partnership with The Robin Hood Club in Watch Close. It battled on till mid 1980 but, like Mr Georges, went the same way. One of the last bands to play there was rock 'n' roll outfit Matchbox.

November 1979 did see a resurgence and 'Georges' re-opened as Park Lane which, in turn, became Mr G's. Yet again, the venue saw some high times and memorable moments and for a short while became incredibly popular. Several cabaret nights were staged there. But it wasn't long before, I believe, financial problems reared their head again and time was finally called during the early 1980s.

Similarly the City Centre Club building was rebranded as The Pink Parrot and then Tamangoes. Again, as popular as all these clubs were the same final fate awaited them.

This was not the end for George Hendry. His empire expanded to places like London, Paris and Majorca and continued to be known 'king of the clubs' until he passed away during 2008 aged 77.

I am sure that Mr Georges and the City Centre Club will hold fond memories for some. And that a lot of people will have their own recollections and thoughts. But the legacy of these two clubs will last for years to come. 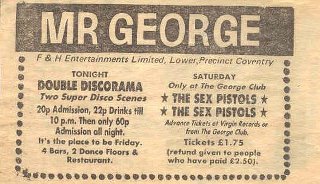 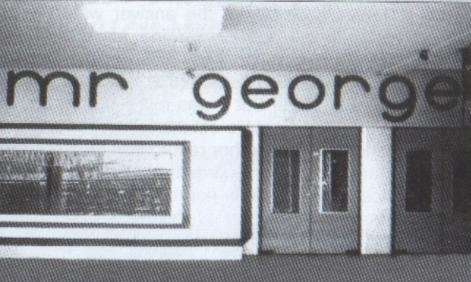