Readable text below the graphics. 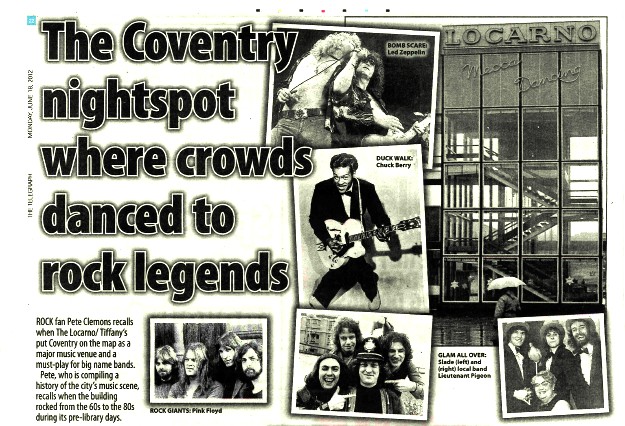 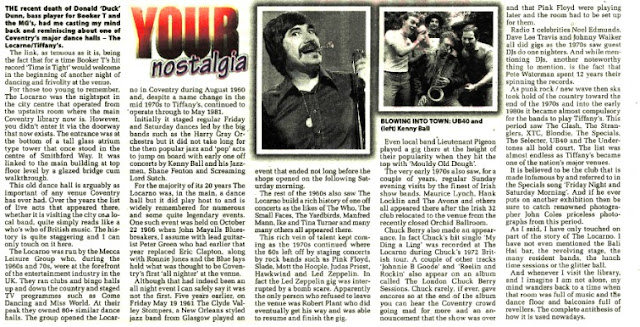 The Coventry nightspot where crowds danced to rock legends; YOUR nostalgia ROCK fan Pete Clemons recalls when The Locarno/ Tiffany's put Coventry on the map as a major music venue and a must-play for big name bands. Pete, who is compiling a history of the city's music scene, recalls when the building rocked from the 60s to the 80s during its pre-library days.

THE recent death of Donald 'Duck' Dunn, bass player for Booker T and the MG's, had me casting my mind back and reminiscing about one of Coventry's major dance halls - The Locarno/Tiffany's.

The link, as tenuous as it is, being the fact that for a time Booker T's hit record 'Time is Tight' would welcome in the beginning of another night of dancing and frivolity at the venue.

This old dance hall is arguably as important of any venue Coventry has ever had. Over the years the list of live acts that appeared there, whether it is visiting the city or a local band, quite simply reads like a who's who of British music. The history is quite staggering and I can only touch on it here.

The Locarno was run by the Mecca Leisure Group who, during the 1960s and 70s, were at the forefront of the entertainment industry in the UK. They ran clubs and bingo halls up and down the country and staged TV programmes such as Come Dancing and Miss World. At their peak they owned 80+ similar dance halls. The group opened the Locarno in Coventry during August 1960 and, despite a name change in the mid 1970s to Tiffany's, continued to operate through to May 1981.

Initially it staged regular Friday and Saturday dances led by the big bands such as the Harry Gray Orchestra but it did not take long for the then popular jazz and 'pop' acts to jump on board with early one off concerts by Kenny Ball and his Jazzmen, Shane Fenton and Screaming Lord Sutch.

For the majority of its 20 years The Locarno was, in the main, a dance hall but it did play host to and is widely remembered for numerous and some quite legendary events. One such event was held on October 22 1966 when John Mayalls Bluesbreakers, I assume with lead guitarist Peter Green who had earlier that year replaced Eric Clapton, along with Ronnie Jones and the Blue Jays held what was thought to be Coventry's first 'all nighter' at the venue. Although that had indeed been an all night event I can safely say it was not the first. Five years earlier, on Friday May 19 1961 The Clyde Valley Stompers, a New Orleans styled jazz band from Glasgow played an event that ended not long before the shops opened on the following Saturday morning.

The rest of the 1960s also saw The Locarno build a rich history of one off concerts as the likes of The Who, The Small Faces, The Yardbirds, Manfred Mann, Ike and Tina Turner and many many others all appeared there.

This rich vein of talent kept coming as the 1970s continued where the 60s left off by staging concerts by rock bands such as Pink Floyd, Slade, Mott the Hoople, Judas Priest, Hawkwind and Led Zeppelin. In fact the Led Zeppelin gig was interrupted by a bomb scare. Apparently the only person who refused to leave the venue was Robert Plant who did eventually get his way and was able to resume and finish the gig.

Even local band Lieutenant Pigeon played a gig there at the height of their popularity when they hit the top with 'Mouldy Old Dough'.

The very early 1970s also saw, for a couple of years, regular Sunday evening visits by the finest of Irish show bands. Maurice Lynch, Hank Locklin and The Avons and others all appeared there after the Irish 32 club relocated to the venue from the recently closed Orchid Ballroom.

Chuck Berry also made an appearance.

In fact Chuck's hit single 'My Ding a Ling' was recorded at The Locarno during Chuck's 1972 British tour. A couple of other tracks 'Johnnie B Goode' and 'Reelin and Rockin' also appear on an album called The London Chuck Berry Sessions. Chuck rarely, if ever, gave encores so at the end of the album you can hear the Coventry crowd going mad for more and an announcement that the show was over and that Pink Floyd were playing later and the room had to be set up for them.

Radio 1 celebrities Noel Edmunds, Dave Lee Travis and Johnny Walker all did gigs as the 1970s saw guest DJs do one nighters. And while mentioning DJs, another noteworthy thing to mention, is the fact that Pete Waterman spent 12 years their spinning the records.

As punk rock / new wave then ska took hold of the country toward the end of the 1970s and into the early 1980s it became almost compulsory for the bands to play Tiffany's. This period saw The Clash, The Stranglers, XTC, Blondie, The Specials, The Selecter, UB40 and The Undertones all hold court. The list was almost endless as Tiffany's became one of the nation's major venues.

It is believed to be the club that is made infamous by and referred to in the Specials song 'Friday Night and Saturday Morning'. And if he ever puts on another exhibition then be sure to catch renowned photographer John Coles priceless photographs from this period.

As I said, I have only touched on part of the story of The Locarno. I have not even mentioned the Bali Hai bar, the revolving stage, the many resident bands, the lunch time sessions or the glitter ball.

And whenever I visit the library, and I imagine I am not alone, my mind wanders back to a time when that room was full of music and the dance floor and balconies full of revellers. The complete antithesis of how it is used nowadays. 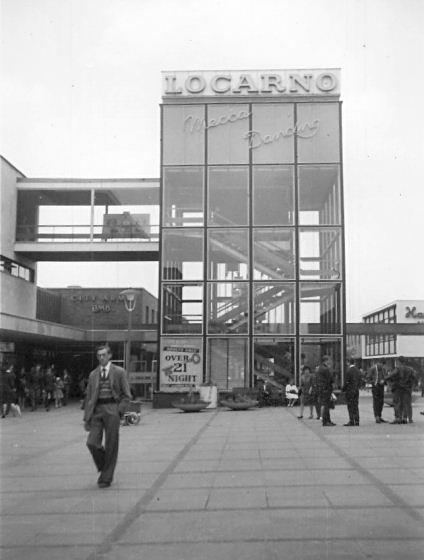 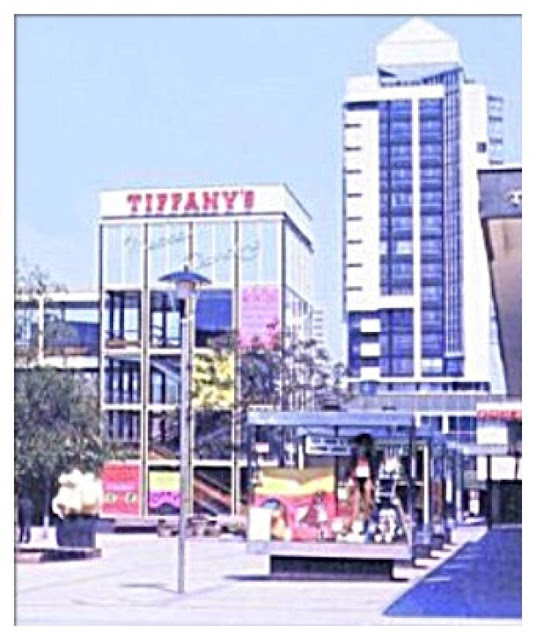 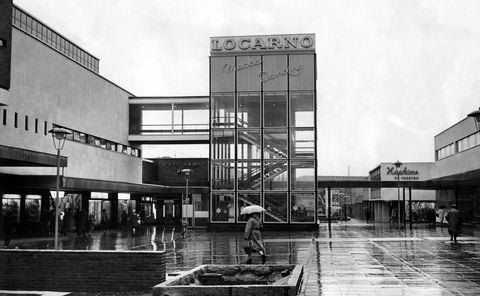