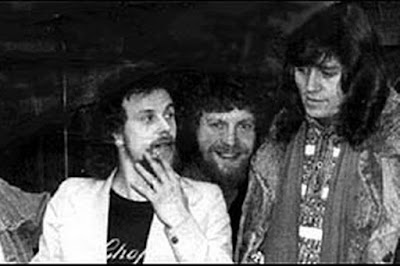 His formative years were spent growing up at the Golden Fleece pub in Bell Green which his parents kept.

Chart rigging - an unscrupulous practice or a service that aimed toward helping up and coming bands and trying to get them the best visibility?

Almost as soon as the charts were introduced, back in the 1950s, music moguls were looking at ways to give their product or artist a nudge in the right direction. And there began a lot of behind the scenes stuff happened in order to give a band a chance. This practice was also known as ‘hyping’ and it was quite widespread during the 1960s, 70s and 80s.

Going back though to those days when there was no internet or mobile phones to aid the promotion of records, a lot of the activities had to be done on foot.

Tony Beard is Coventry born and bred and his formative years were spent growing up at the Golden Fleece pub in Bell Green which his parents kept. Tony was also a guitar player and is a one time member of rock n roll group Bob Tempest and the Buckaneers who existed during the late 1950s and early 1960s.

During the late 1960s, after his flirtation with rock ‘n’ roll, Tony was working for Illingworth Signs in the city centre town. And it was from here that he ventured back into the music business taking up all kinds of positions and duties.

It began with an order placed at Illingworth Signs by Adrian Williams of EMI. Adrian would go on to take up a senior position within the EMI organisation.

The order had been for around 500 posters and these were to advertise forthcoming tours, by the then relatively new bands, the Electric Light Orchestra, (not yet known by the abbreviated ELO), and Wizzard. The order was increased to 1000 posters and Tony volunteered his services to flyposting. And through this initial contact, and due to his flyposting activities, Tony would end up working and touring with ELO.

Tony took the task of flyposting to its extreme and ended up putting posters up on the backs of ambulances and on police station walls. Tony’s flyposting days also took him up to Scotland where he plastered cities like Glasgow.

Don Arden, apart from being Sharon Osbourne’s father, was a music manager and agent. Arden had been manager of The Move and had remained in this capacity during the period when The Move evolved into ELO and Wizzard.

Tony’s flyposting was certainly getting noticed as a call came in from Don, who was based in Wimbledon at the time, telling Tony to be a bit more discreet.

But the flyposting continued and Tony would also become acquainted with Ex Nashville Teen vocalist, Arthur Sharp, who by this time had moved into management and organised tours for Don Arden.

Tony’s association with Don Arden led to Don giving Tony a nationwide list of ‘chart return record shops’. Tony would tour these record shops to buy two copies of certain records helping them get the chance to chart and earn that all important appearance on the TV programme Top of the Pops.

Tony saw no harm in ‘hyping’. ‘If a band got onto Top of the Pops, the rest was down to if the people liked them or not and the sales that were created’. The ‘extra’ records bought were not simply disposed of either. They would then be recycled as freebies to DJ’s etc.

It got around London that Tony was a ‘chart fixer’. A good one at that. And as such he was head hunted by the likes of record producers and songwriters Nicky Chinn and Mike Chapman.

Magnet records also poached Tony. And it was at this point that Tony met up with Pete Waterman who was also working for Magnet Records at that time. The pair would even take the train to London together. Pete Waterman and Tony Beard would also write jingles for DJ which would be used to introduce singles on radio by the likes of Susan Cadogan. And while working for Magnet, Tony was in contact with the labels head, Michael Levy head.

Among the records that Tony helped ‘improve’ the chart positions of were Sherry by Adrian Baker, New York Groove, Hello, Wizzard, Lynsey de Paul along with countless others. And Tony was even in contact with Doreen Davies who at the time was head of the BBC playlist.

By the end of the 1970s and accusations being rife about the charts being fiddling the jobs in that direction began to fizzle out.

Despite Don Arden achieving a certain amount of notoriety for his business tactics, Tony’s assessment of Don was that he was actually a really nice guy. But he did demand the best if he had paid for a particular service. Chart rigging or hyping was justified by ‘simply giving a band a chance’ by helping to push them in the direction of success.

Don Arden was accused of ripping off many bands, but as Tony points out, Don had initially stumped up the money to get an artist fame and fortune and he wanted his return for that service. Don Arden put his heart and soul in the business and put his money where his mouth was. And Don protected his interests.

Point of interest with regard to the Paul McCartney and Wings album ‘Band on the Run’: The cover sleeve featured a number of stars of the day posing with the band in a prison break pastiche. From left to right, they are Michael Parkinson, Kenny Lynch, Paul McCartney, James Coburn, Clement Freud, Linda McCartney, Christopher Lee, Denny Laine and John Conteh. However, both Tony and Roger Lomas are adamant they have seen a copy of the sleeve with Don Arden featured on it. So a bit of a mystery exists here. Maybe they saw an early version of the finished product who knows.

Tony’s ideas were ahead of their time. For example, when Joe Mercer was manager at Coventry City during the 1970s it was suggested, by Tony, to put on a 2 day concert festival at Highfield Road that would include Birmingham’s finest bands that would have included ELO and Black Sabbath. The board of the day turned the idea down.

I must admit that I really don’t have a clue if this kind of practise even exists in today’s digital age. There may still be a little bit of paying DJs to play certain records but I am guessing that, since the downturn of music buying, there cannot be the spare money around that once existed. I do acknowledge though that social media has played a part in getting songs to the top. For example, a particular social media group may set’s itself on a mission. But this is an exception rather than the rule.

At the end of the day though, and I guess it still applies today, it was almost always in the hands of the music buying public as to whether a record became a hit or a miss. After all, you were not forced to buy the record.
Posted by Coventry Music Scene Archive at 10:39 PM