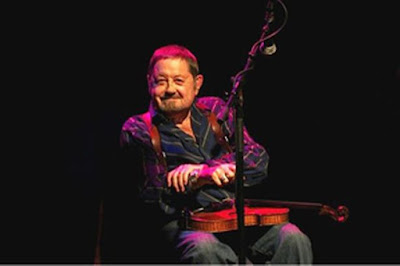 It was during the late 1960’s when I first began to listen to the kind of ‘alternative’ music that was not readily available via the top 20, Ed ‘Stewpot’ Stewarts Junior Choice or other daytime radio programmes. Amongst the incredible range of excellent bands and different styles of music around at that time I remember being drawn to the likes of The Strawbs, The Pentangle, The Eclection and Fairport Convention. Despite a lot of their songs being based around ballads and tales from the 17th and 18th century, musically, they sounded so new and refreshing. And this was reflected in the many great festivals that existed back then. An electric folk rock would fit in very well amongst the many blues artists and the modern heavyweight rock bands of that time.

Some of the folk rock albums I remember very well from back then, and still listen to with regularity, are ‘Unhalfbricking’, ‘Liege and Lief’ and ‘Full House’ all by Fairport Convention. Nowadays they are regarded as classics and an essential listen for anyone just discovering the genre. Coincidentally these were the first three Fairport albums that involved the considerable talents of Coventry resident, mandolin and fiddle player, Dave Swarbrick.

Some years after I had first come across these albums and had settled into a life of reading album sleeves, music related books and generally becoming more interested in the music I was listening to I began to delve more into the musicians and their past achievements. I clearly remember discovering two facts regarding Dave Swarbrick that grabbed my full attention.

The first of these was, that of the three Fairport albums mentioned above, it was only at the release of ‘Full House’ that Dave became a fully fledged member of the band. Up until then he had been adding his talents to Fairports albums as a session player.

Dave had joined the Ian Campbell Folk Group in 1960 aged 19. He remained with them until 1966 when he then joined forces with Martin Carthy, Dave had already supported Martin on his debut album in 1965 but went on to appear with him on several others. During the 1960’s he also performed on several other landmark folk albums.

Which leads me to the second fact I mentioned regards his career. Up until he had become known for his work with Fairport Convention and previous to ‘Unhalfbricking’, (putting his other session work to one side), he had already been recorded on at least a dozen other LP’s. Seven of those albums had been with the Ian Campbell Folk Group and five with Martin Carthy. 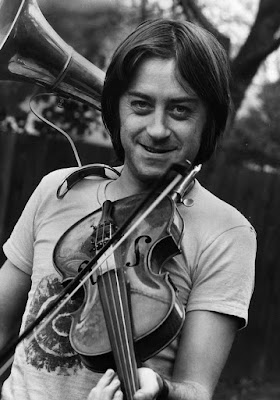 After the ‘Full House’ album Dave was involved in a further eight Fairport Convention albums. One of those that I remember with particular fondness was titled ‘Rising for the Moon’. This album was significant for several reasons. One being that it marked a return to the band for Sandy Denny who had initially joined the band for their second LP release but then left after ‘Liege and Lief’. Another, more insignificant, reason being that I saw the band on the ‘Rising for the Moon’ tour when it reached Coventry Theatre during October 1975.

Fairport Convention split towards the end of the 1970’s and Dave recorded a couple of albums, for the Transatlantic label, under his own name.

His next significant band was Whippersnapper who formed during the mid 1980’s. This band was completed by Chris Leslie, Martin Jenkins and Kevin Dempsey. Martin and Kevin had of course been members of Coventry’s own folk rock band Dando Shaft back in the late 1960’s and early 1970’s. This formidable and popular quartet recorded several albums and appeared at some memorable gigs. Several appearances at the Burnt Post folk club, up on the A45, are remembered fondly. 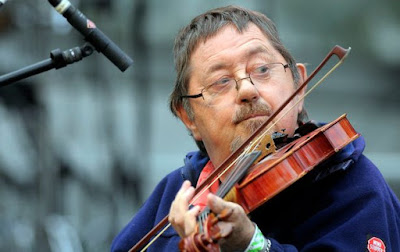 Since Whippersnapper, Dave has been involved in many projects. These have included the renewing of his partnership with Martin Carthy with whom two further albums were recorded during the early 1990’s.

The latter end of the 1990’s saw Dave’s health suffer seriously. So much so that at one point the Daily Telegraph wrote his obituary. The illness was well publicised illness and his family and musical friends and fans rallied around in support of events such as SwarbAid 1 and 2. One thing that all this made me realise was that the people involved in the folk scene are incredibly dedicated to the genre and remain one of the closest of all the ‘musical families’.

Thankfully Dave recovered sufficiently to, not only record again, but also perform. He began his full comeback in 2006 with a band called Swarb’s Lazarus which saw him team up with Maartin Allcock and Kevin Dempsey. The name of the band being, I guess, a reference to his obituary and to being raised from the dead. He also saw his services being required once more to add his own uniqueness to several albums. 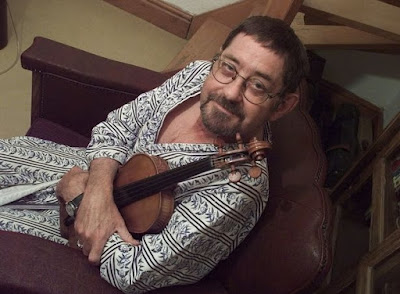 Dave Swarbrick at home in Coventry in 1999

But more recently, and the most significant development, is that Dave Swarbrick and Martin Carthy have re-ignited their partnership. And together, for the last few years, the pair has regularly hit the road for what is fast becoming a customary autumn tour. In fact the 2011 tour celebrated their 70th birthdays. And one of Dave’s final gigs with Martin was at the Warwick Arts Centre during October 2015.

One of Dave’s enduring qualities, I think, was his indifference to awards. It was mentioned by his partner Jill in her touching eulogy that he did not like them and that he was very embarrassed by them. He believed that the music should stand as his testament and legacy.

I have only touched on what I consider to be the highlights of Dave’s career. A full in depth discography, that covers all the album releases Dave has had some sort of involvement with, spans around 100 albums and would be a huge task to document. In my books, though, that is an amazing statistic and an extraordinary achievement and will indeed stand as his legacy.