Coventry music stars that made 2014 a year to remember

Article by Pete Clemons for the Coventry Telegraph. 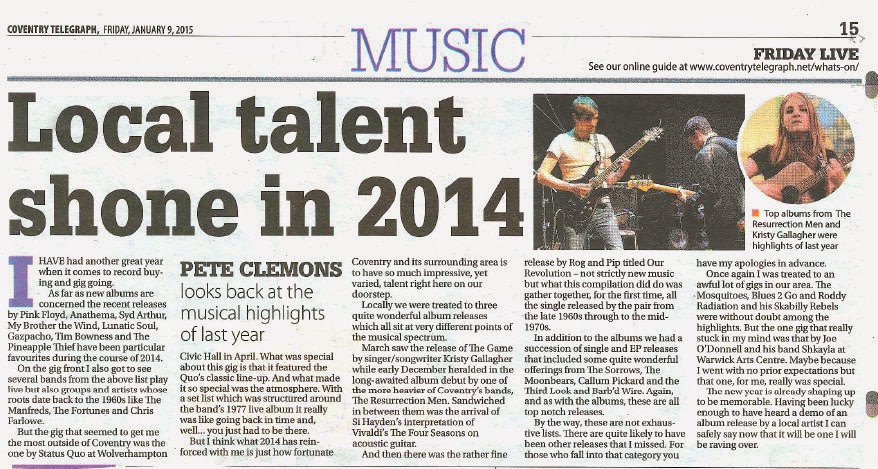 City music historian Pete Clemons takes a look back at some of the gigs and new releases that made last year memorable for him.

I have had another great year when it comes to record buying and gig going. As far as new albums the recent releases by Pink Floyd, Anathema, Syd Arthur, My Brother the Wind, Lunatic Soul, Gazpacho, Tim Bowness and The Pineapple Thief  have been particular favourites during the course of 2014.

On the gig front I also got to see several bands from the above list play live but also groups and artists whose roots date back to the 1960s like The Manfreds, The Fortunes and Chris Farlowe.

But the gig that seemed to get me the most outside of Coventry was the one by Status Quo at Wolverhampton Civic Hall during April. What was special about this gig is that it featured the Quo’s classic line up. And what made it so special was the atmosphere. With a set list which was structured around the bands 1977 live album it really was like going back in time and, well ...you just had to be there.

But I think what 2014 has reinforced with me is just how fortunate Coventry and its surrounding area is to have so much impressive, yet varied, talent right here on our doorstep.

Locally we were treated to three quite wonderful album releases which all sit at very different points of the musical spectrum.

March saw the release of The Game by singer/songwriter Kristy Gallacher while early December heralded the long awaited album debut by one of the more heavier of Coventry’s bands The Resurrection Men. Sandwiched in between them saw the arrival of  Si Hayden’s interpretation of Vivaldi’s The Four Seasons on acoustic guitar.

Maybe your own personal music taste may well pull you in the direction of one of the above musical genres. You may well be tempted to buy. If that is the case then just do it. Trust me, none of these albums releases will disappoint. And at the same time you will be supporting these guys with vital funding. 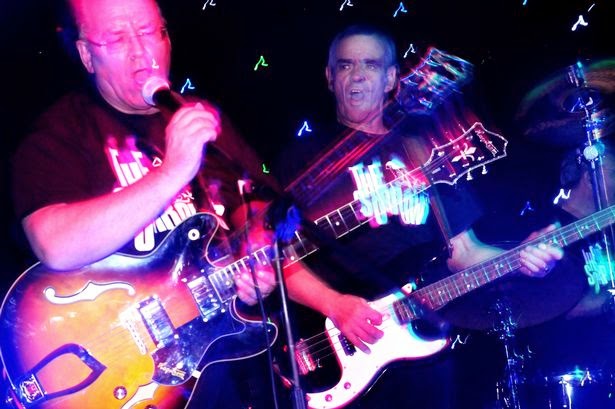 And then there was the rather fine release by Rog and Pip titled Our Revolution – not strictly new music but what this compilation did do was gather together, for the first time, all the singles released by the pair from the late 1960s through to the mid 1970s.

In addition to the albums we had a succession of single and EP releases that included some quite wonderful offerings from The Sorrows, The Moonbears, Callum Pickard and the Third Look and Barb’d Wire. Again, and as with the albums, these are all top notch releases.

I can only repeat myself here but Coventry and Warwickshire is incredibly lucky. By the way, these are not exhaustive lists. There are quite likely to have been other releases that I missed. For those who fall into that category you have my apologies in advance.

Once again I was treated to an awful lot of gigs in our area. The Mosquitoes, Blues 2 Go and Roddy Radiation and his Skabilly Rebels were without doubt amongst the highlights. But the one gig that really stuck in my mind was that by Joe O’Donnell and his band Shkayla at Warwick Arts Centre. Maybe because I went with no prior expectations but that one, for me, really was a bit special.

The new year is already shaping up to be memorable. Having been lucky enough to have heard a demo of an album release by a local artist I can safely say now that it will be one I will be raving over.