The ever prolific Pete Clemons with his latest for the Coventry Telegraph. The background to Lieutenant Pigeon and Mouldy Old Dough - which wasn't their only single of course. 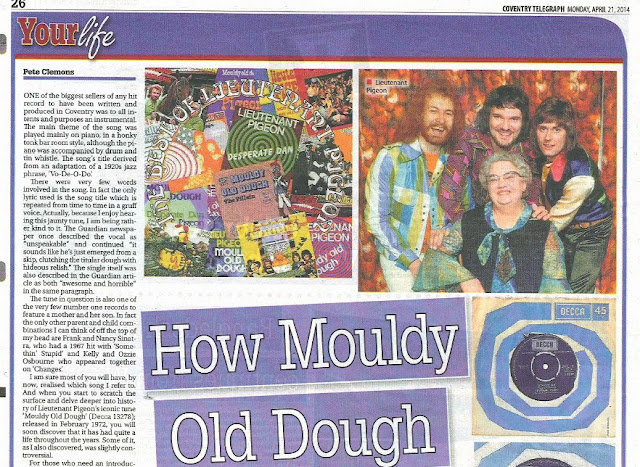 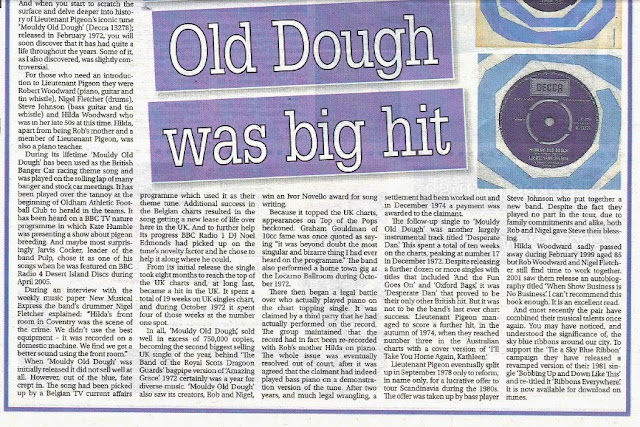 ONE of the biggest sellers of any hit record to have been written and produced in Coventry was to all intents and purposes an instrumental. The main theme of the song was played mainly on piano, in a honky tonk bar room style, although the piano was accompanied by drum and tin whistle. The song's title derived from an adaptation of a 1920s jazz phrase, 'Vo-De-O-Do'.

There were very few words involved in the song. In fact the only lyric used is the song title which is repeated from time to time in a gruff voice. Actually, because I enjoy hearing this jaunty tune, I am being rather kind to it. The Guardian newspaper once described the vocal as "unspeakable" and continued "it sounds like he's just emerged from a skip, clutching the titular dough with hideous relish." The single itself was also described in the Guardian article as both "awesome and horrible" in the same paragraph.

The tune in question is also one of the very few number one records to feature a mother and her son. In fact the only other parent and child combinations I can think of off the top of my head are Frank and Nancy Sinatra, who had a 1967 hit with 'Somethin' Stupid' and Kelly and Ozzie Osbourne who appeared together on 'Changes.'.

I am sure most of you will have, by now, realised which song I refer to. And when you start to scratch the surface and delve deeper into history of Lieutenant Pigeon's iconic tune 'Mouldy Old Dough' (Decca 13278); released in February 1972, you will soon discover that it has had quite a life throughout the years. Some of it, as I also discovered, was slightly controversial.

During its lifetime 'Mouldy Old Dough' has been used as the British Banger Car racing theme song and was played on the rolling lap of many banger and stock car meetings. It has been played over the tannoy at the beginning of Oldham Athletic Football Club to herald in the teams. It has been heard on a BBC TV nature programme in which Kate Humble was presenting a show about pigeon breeding. And maybe most surprisingly Jarvis Cocker, leader of the band Pulp, chose it as one of his songs when he was featured on BBC Radio 4 Desert Island Discs during April 2005.

During an interview with the weekly music paper New Musical Express the band's drummer Nigel Fletcher explained: "Hilda's front room in Coventry was the scene of the crime. We didn't use the best equipment - it was recorded on a domestic machine. We find we get a better sound using the front room."

When 'Mouldy Old Dough' was initially released it did not sell well at all. However, out of the blue, fate crept in. The song had been picked up by a Belgian TV current affairs programme which used it as their theme tune. Additional success in the Belgian charts resulted in the song getting a new lease of life over here in the UK. And to further help its progress BBC Radio 1 DJ Noel Edmonds had picked up on the tune's novelty factor and he chose to help it along where he could.

From its initial release the single took eight months to reach the top of the UK charts and, at long last, became a hit in the UK. It spent a total of 19 weeks on UK singles chart, and during October 1972 it spent four of those weeks at the number one spot.

In all, 'Mouldy Old Dough',' sold well in excess of 750,000 copies, becoming the second biggest selling UK single of the year, behind 'The Band of the Royal Scots Dragoon Guards' bagpipe version of 'Amazing Grace.' .' 1972 certainly was a year for diverse music. 'Mouldy Old Dough' also saw its creators, Rob and Nigel, win an Ivor Novello award for song writing.

Because it topped the UK charts, appearances on Top of the Pops beckoned. Graham Gouldman of 10cc fame was once quoted as saying "it was beyond doubt the most singular and bizarre thing I had ever heard on the programme." The band also performed a home town gig at the Locarno Ballroom during October 1972. There then began a legal battle over who actually played piano on the chart topping single. It was claimed by a third party that he had actually performed on the record. The group maintained that the record had in fact been re-recorded with Rob's mother Hilda on piano. The whole issue was eventually resolved out of court, after it was agreed that the claimant had indeed played bass piano on a demonstration version of the tune. After two years, and much legal wrangling, a settlement had been worked out and in December 1974 a payment was awarded to the claimant.

The follow-up single to 'Mouldy Old Dough' was another largely instrumental track titled 'Desperate Dan.' .' This spent a total of ten weeks on the charts, peaking at number 17 in December 1972. Despite releasing a further dozen or more singles with titles that included 'And the Fun Goes On' and 'Oxford Bags',' it was 'Desperate Dan' that proved to be their only other British hit. But it was not to be the band's last ever chart success. Lieutenant Pigeon managed to score a further hit, in the autumn of 1974, when they reached number three in the Australian charts with a cover version of 'I'll Take You Home Again, Kathleen'.

Lieutenant Pigeon eventually split up in September 1978 only to reform, in name only, for a lucrative offer to tour Scandinavia during the 1980s. The offer was taken up by bass player Steve Johnson who put together a new band. Despite the fact they played no part in the tour, due to family commitments and alike, both Rob and Nigel gave Steve their blessing.

Hilda Woodward sadly passed away during February 1999 aged 85 but Rob Woodward and Nigel Fletcher still find time to work together. 2001 saw them release an autobiography titled 'When Show Business is No Business.' .' I can't recommend this book enough. It is an excellent read. 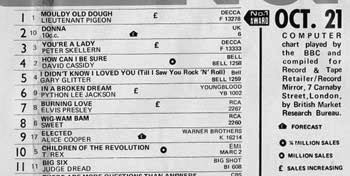 Rob Woodward - piano
Nigel Fletcher- drums
Steve Johnson - bass,
Rob's mum Hilda - Piano
From the Rex Brough Cov Music Site.
This band created Coventry's first No 1 hit in their living room in Stoke. Mouldy Old Dough, was basically an instrumental save for the intermittent refrain of the title. The B-side, "the Villain" is highly recommended as it is very very strange. The follow-up Desperate Dan, just made the Top 20.

Rob Woodward made records as a solo artist  - Shel Naylor - for Decca when he was only 17. This is his second single One Fine Day, written by Ray and Dave Davies of the Kinks with Jimmy Page on guitar recorded in 1964. 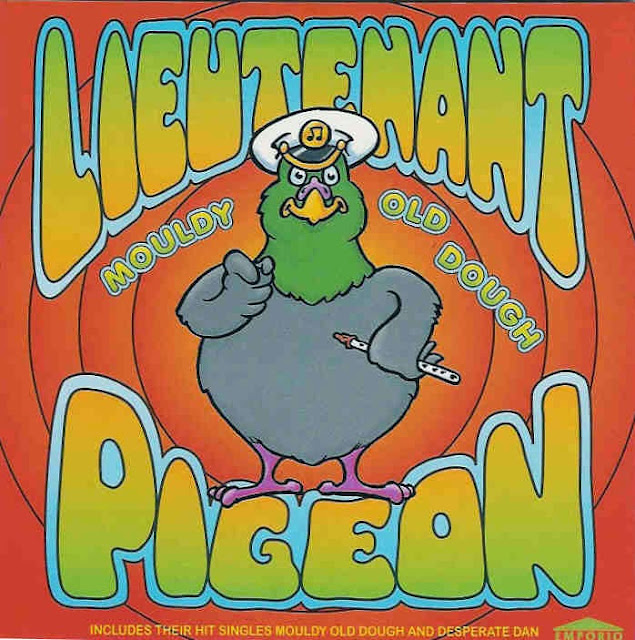 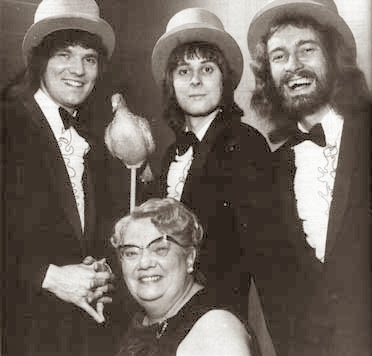 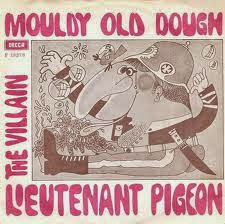 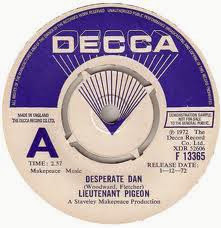 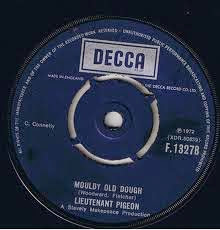 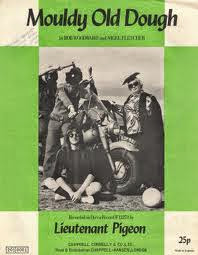