Some may not know, but there is a strong link between Badfinger (formerly The Iveys) and Coventry through former Indian Summer keyboard player and front man - Bob Jackson and in other ways that I'll leave the prolific Pete Clemons to tell you about in his latest of latest article for the Coventry Telegraph. Bob joined the former Apple label band in 1974 through to 1984 and is involved in creating a tribute the bands main songwriter Peter Ham in his home town of Swansea. 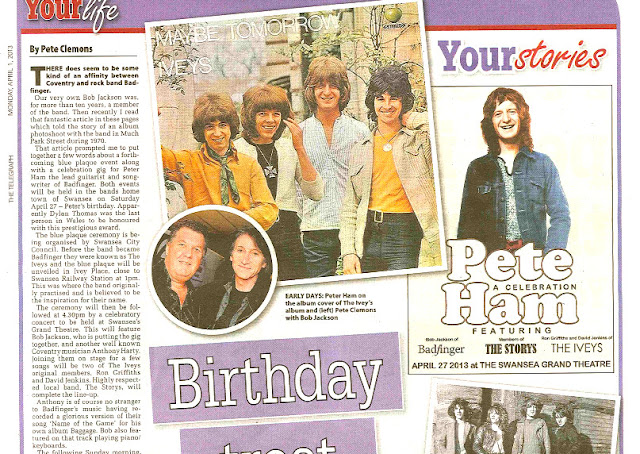 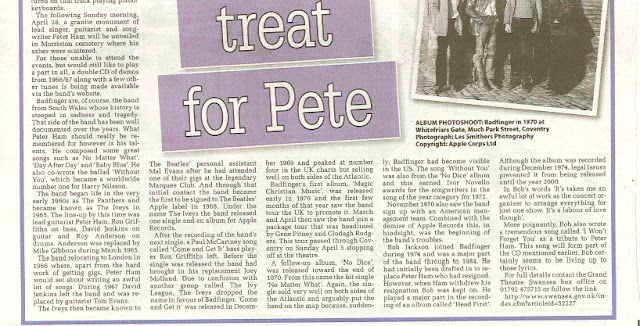 Below is Bob Jackson and Badfinger with a song he wrote in memory of Peter Ham.

And the same song with Peter Ham