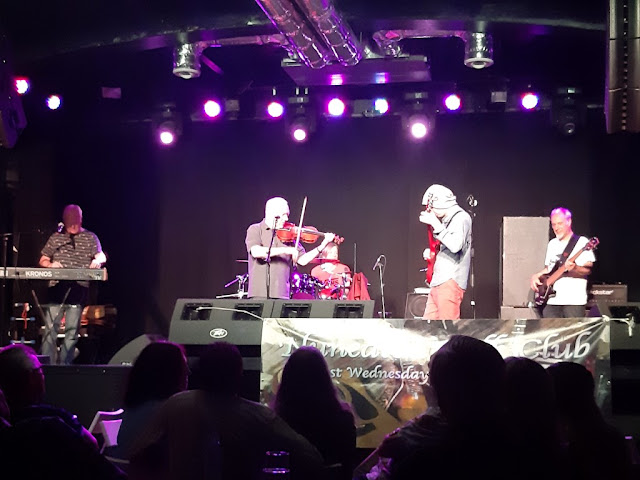 'Les sanglots longs / des violons / de l'automne' ('Long sobs of autumn violins') is a poem by French poet, Paul Verlaine (1844–1896), and was first published during 1866. During World War 2 lines from the poem were used to send messages from the Special Operations Executive to the French Resistance about the timing of the forthcoming invasion of Normandy, otherwise known as the D. Day landings. They were used as a code if you like.

The poem is in fact referred to during the 1962 epic war movie 'The Longest Day'. And local resident and violinist, Joe O' O'Donnell, has long been intrigued by this poem. So much so that it is featured in Joe's latest musical project. More than that, Joe has made the whole project relevant to the City of Coventry.

During the 1970s, when Joe was a member of folk rock band East of Eden. One tour saw East of Eden supporting the Climax Blues Band. East of Eden were instructed to plug themselves into the Climax Blues Band's back line equipment. And Joe found himself plugged into sax player, Colin Cooper's, Leslie Cabinets. This was not what he was used to and for Joe it was a revelation. From behind him and through the monitors the sound was astonishing. It felt as though he was inside large rotating cabinets.

During the 1960s and 70s Leslie Cabinets were incredibly popular and very difficult to acquire. Together with the Hammond Organ they were the perfect fit. And these instruments featured on many great albums from that period. But it wasn't until Joe moved to Guernsey during the 1980s that the opportunity arose for him to buy these prized cabinets. Joe noticed an advert for a Leslie. But when he arrived to buy it, the seller offered him a second. They were in almost mint condition and hardly played. Joe adapted them for violin and, in Joe's words, 'there is not a sound like it'.

After relocating to Coventry during the 1990s Joe was quickly get to know fellow musicians around the city. After filling in on a gig Joe ended up at, of all places, Foleshill Road Fire Station. He had been invited to play his violin there. But what struck Joe was this incredible feeling of ambiance from the building. That then led him, sometime later, to record the sound of his violin through those Leslie Cabinets at 3 locations around the city. The Guildhall, the Roman Fort at Baginton and the New Cathedral. He fed in on the natural acoustics and ambience of those settings and drew that into the Leslie cabinets and back out again. While at the Cathedral the Long Sobs poem came back to Joe. It just seemed to fit in with feel of it all. And the Long Sobs became central to the entire project.

What had began as an avant garde project has, over time, evolved into a suite of music. The original recordings have now been overdubbed with authentic war time sounds which would have been heard during the Coventry blitz. These include aircraft engines, ambulance bells, Ack Ack guns, air raid warnings. Joe even discovered recording's of the original bells from the old Cathedral Tower. And these would have been heard prior to the cathedrals destruction. And all of these sounds have been mixed into the recording process.

The Long Sobs project has been, and still is, a work in progress for a number of years. Recently, however, it has began to gain traction. The arts council have shown an interest. And have been most helpful by accepting a bid for a development grant. This broad based suite of music runs in at around an hour and a quarter. It is similar in feel to an orchestral piece in that it is built up of several movements. It takes you on an emotional journey.

When live theatre returns there are plans for an ambitious interactive concert. The hope is that Joe's band, Shkayla, are accompanied by an on screen orchestra and choir. Adding to the overall audience experience their would also be narration and sound effects. And penciled in as the setting for this spectacle is the Albany Theatre in Earlsdon. Watch this space. 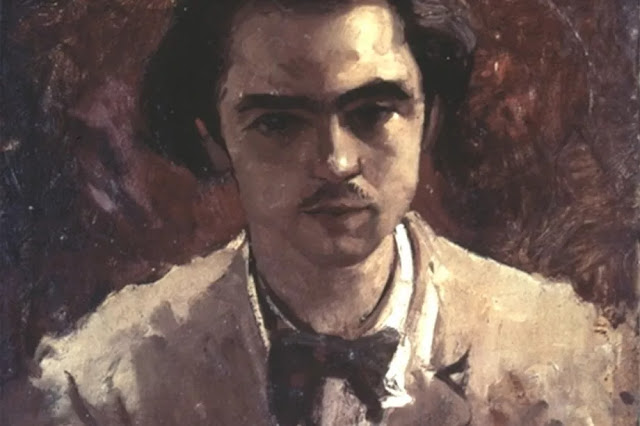 On June 1, to tell the resistance to stand by for further alerts, the BBC transmitted the first three lines:

Then, on June 5, to signal that sabotage efforts should begin, the next three lines were sent: 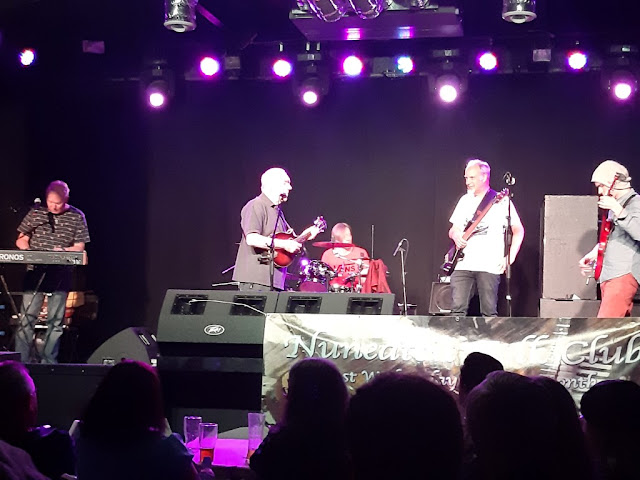 
Translation
The prolonged sobs of the violins
of autumn
wound my heart with their
monotonous languor.
All breathless and pale,
when the hour sounds,
I remember former days
and I cry;
I am carried on an ill wind
which tosses me
here, there,
like a dead leaf.
Joe O'Donnell's Shkayla