Dirty Stops Outs - Coventry Music,venues and Entertainments in the 1970's

New Book Out by Ruth Cherrington. 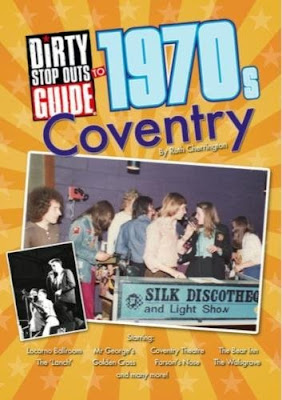 Available from Amazon Uk Here
And Waterstones and HMV in Coventry.


A recently launched book titled ‘Dirty Stop Outs 1970's Coventry’ is currently available from outlets like our own HMV shop, Waterstones and Amazon. And a really enjoyable read it is too.


It’s a fun, retro coffee table type book, but important because it’s a form of record of the sort of things that were happening in our City back then and includes a lot of the great venues and events of the time.

Author Dr Ruth Cherrington is a Coventry kid herself, growing up in Canley, and remembers places like the Locarno, Lanchester Polytechnic, the Market Tavern, the Climax, the Dive Bar (Lady Godiva), the Plough amongst many others very well, as she was a regular visitor to them.

Ruth has written previously about working men’s clubs, not only on a website but also a book titled ‘Not just Beer and Bingo!’ Again, it is a social history of working men’s clubs, inspired by Ruth’s own experience of using clubs from a very early age with my family. Ruth’s local one was Canley social, right across the street from her family council house.

To bring our book to life, Ruth has including people’s personal memories and experiences, anecdotes etc. It is, after all, about ordinary people, those who went to the pubs, clubs, discos, cafes, as well as those who provided the entertainment.

The book mainly covers the nightlife (although some of the day light is included) that was happening during the decade. It is one of a series - authors in other cities such as Sheffield and Manchester for example are recalling their memories and attempting to commit it all to paper. And they have not stopped at the 1970s. And other decades such as the 1980s are also beginning to be explored and remembered. So this is an organic project.

Musically, it of course covers 2 tone – how couldn’t it – but not just the giants of that scene, namely The Specials and Selecter. The book also drills down to bands like The Swinging Cats and also give due respect to the building considered to be the birth place of 2 tone – the Holyhead Youth Centre.

One of the plus points is that the book attempts to represent everyone. Even those who considered themselves, and were possibly viewed upon, as outsiders are remembered here. So from that angle it is very inclusive. Everyone remembers different bits of their formative years and it all builds for a wider picture.

Trevor Teasdel summed things up nicely ‘Probably everyone felt like an outsider to an extent, even if they were in the thick of it, as there was no way to see it as a whole like we can now in retrospect. And there was no social media to catch up with people afterwards or see the bits you weren't at. It's when you put all the jigsaw pieces together that you see it as something you were part of’.

Below Pete Chambers captured a pic of the book on the shelves of Coventry HMV store in good company with some of the Two Tone books. 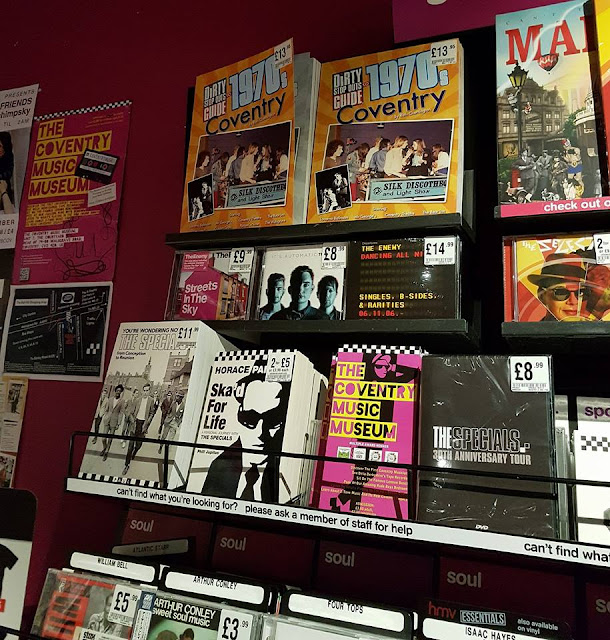 Hobo - Coventry Music and Arts  Magazine and Workshop 1973 - 75 - which of course runs these Coventry music archives - gets goodly coverage! The magazine was founded by Trev Teasdel and John Bo Bargent - who is pictured below holding a copy of the book and Hobo Magazine at the book launch at waterstones in Coventry. 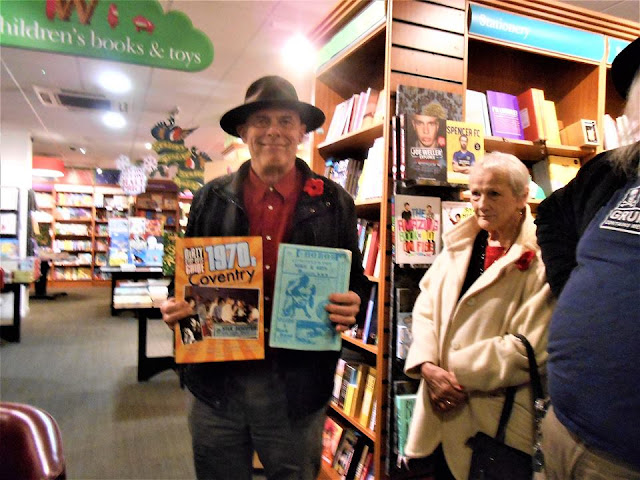 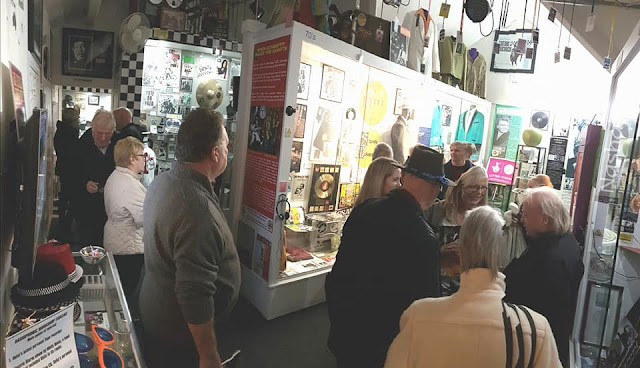 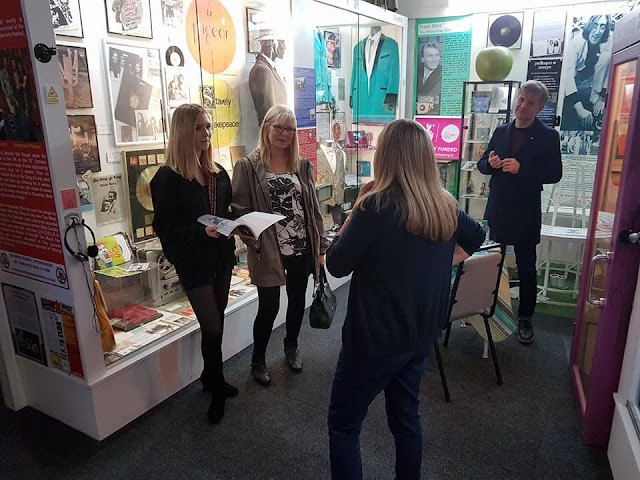 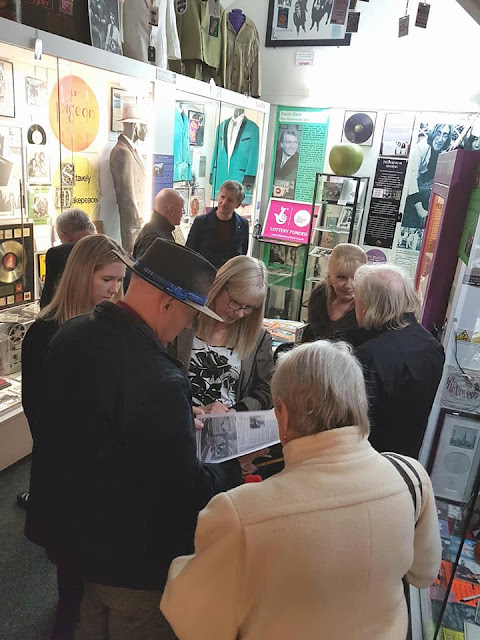 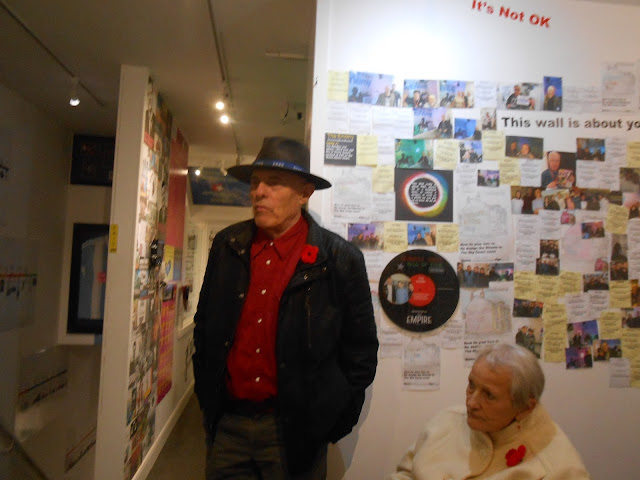 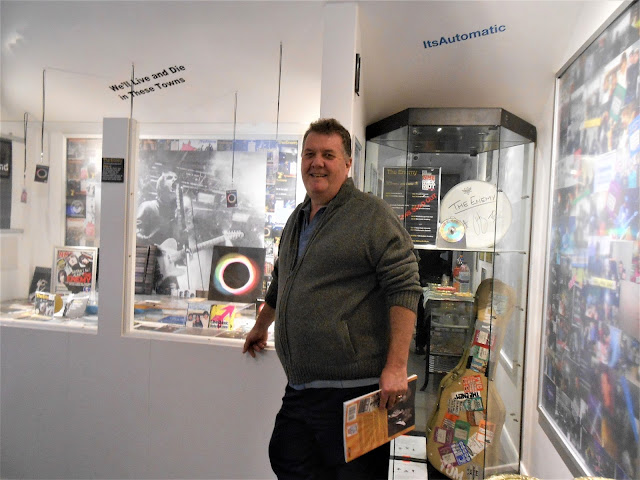 Pete Clemons himself sneaking out of the Coventry Music Museum with a book! 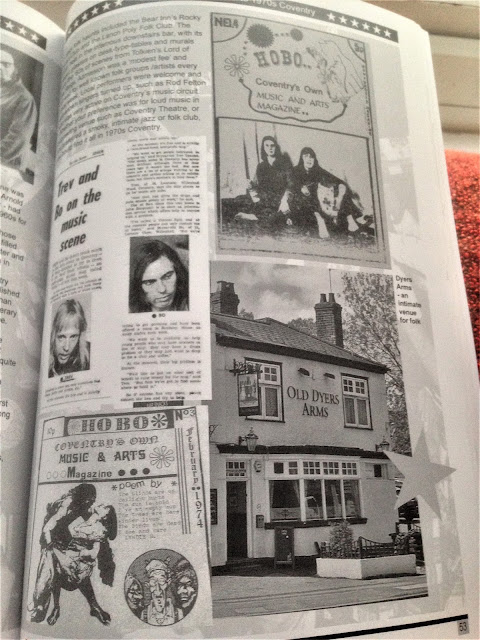 And yes we have to blow our own trumpet - Hobo Magazine is in the book!

More Photos - These from the Earlier Book Launch at Coventry Waterstones shop. 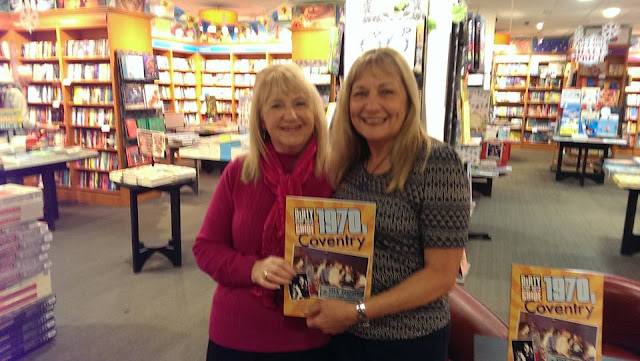 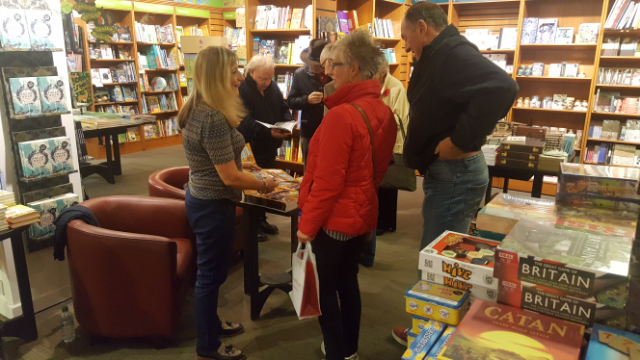 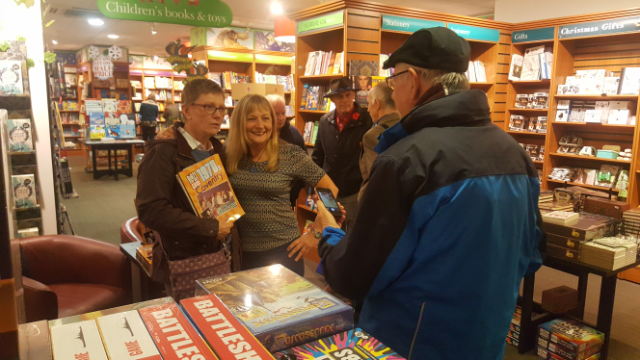 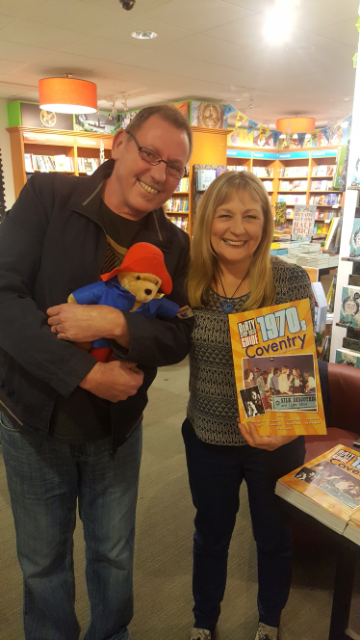 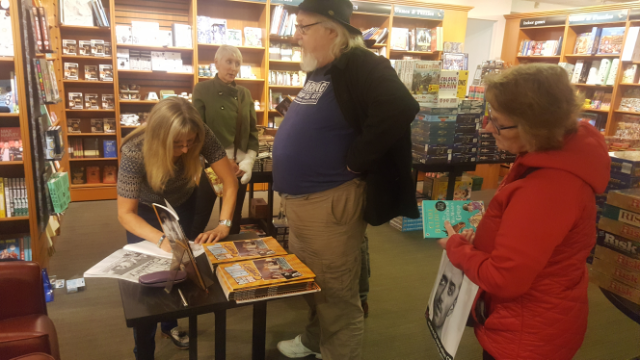 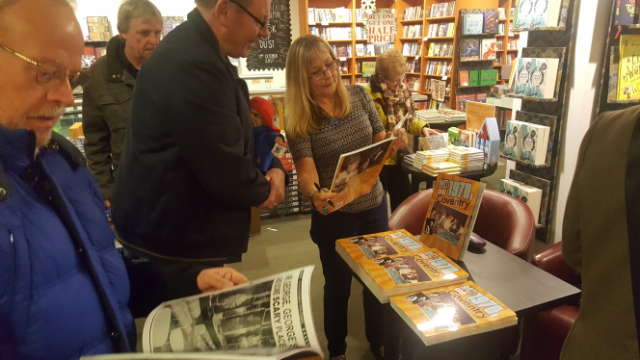 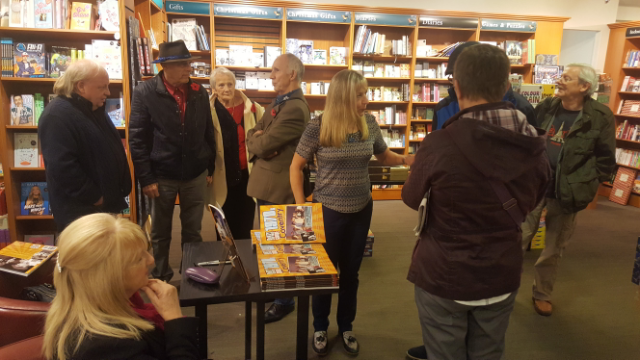 And more from the Coventry Music Museum 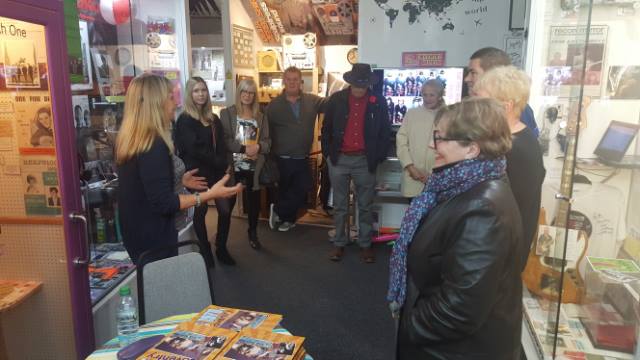 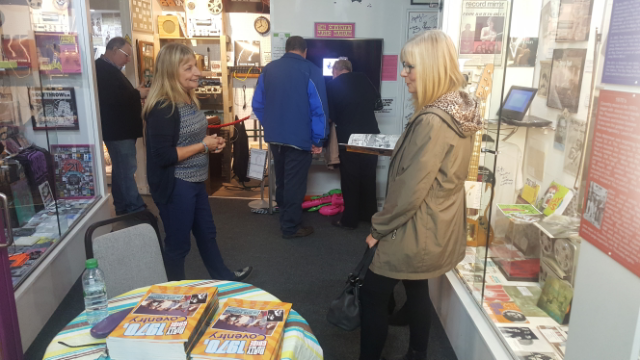 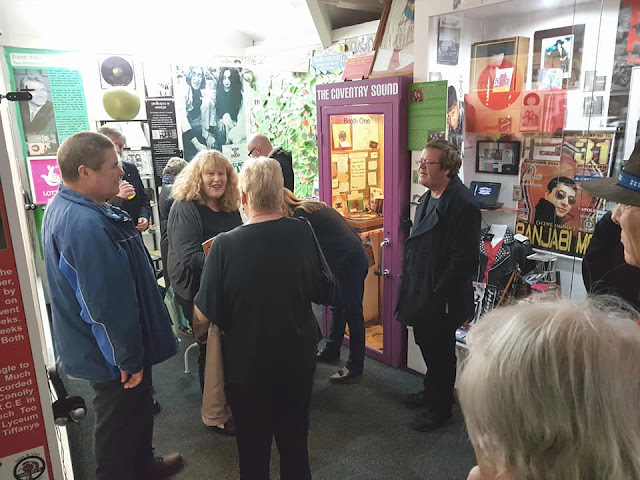 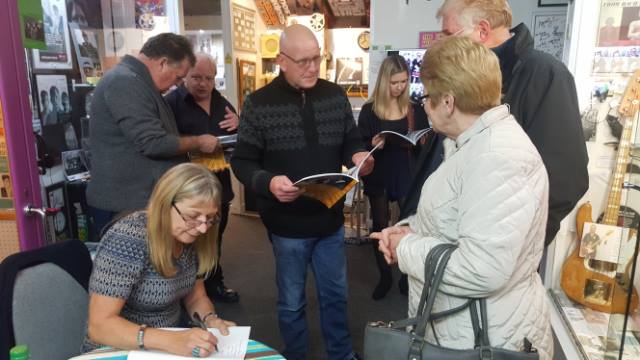 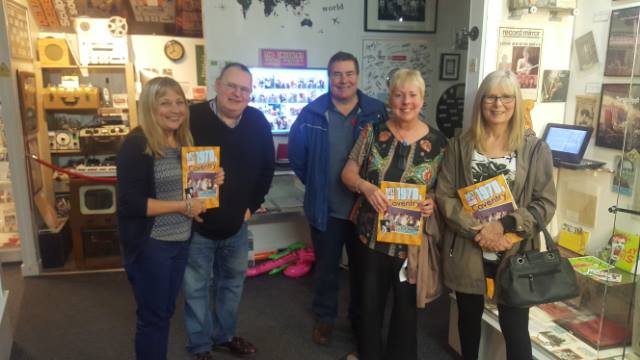 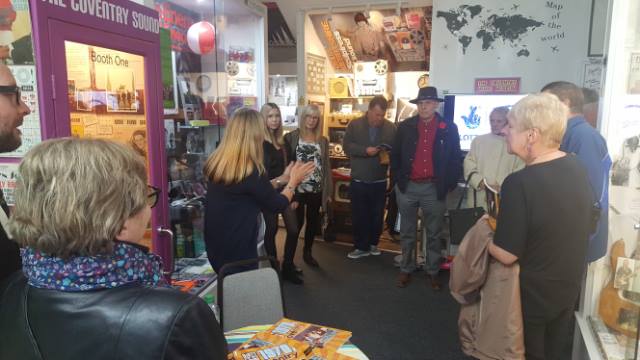 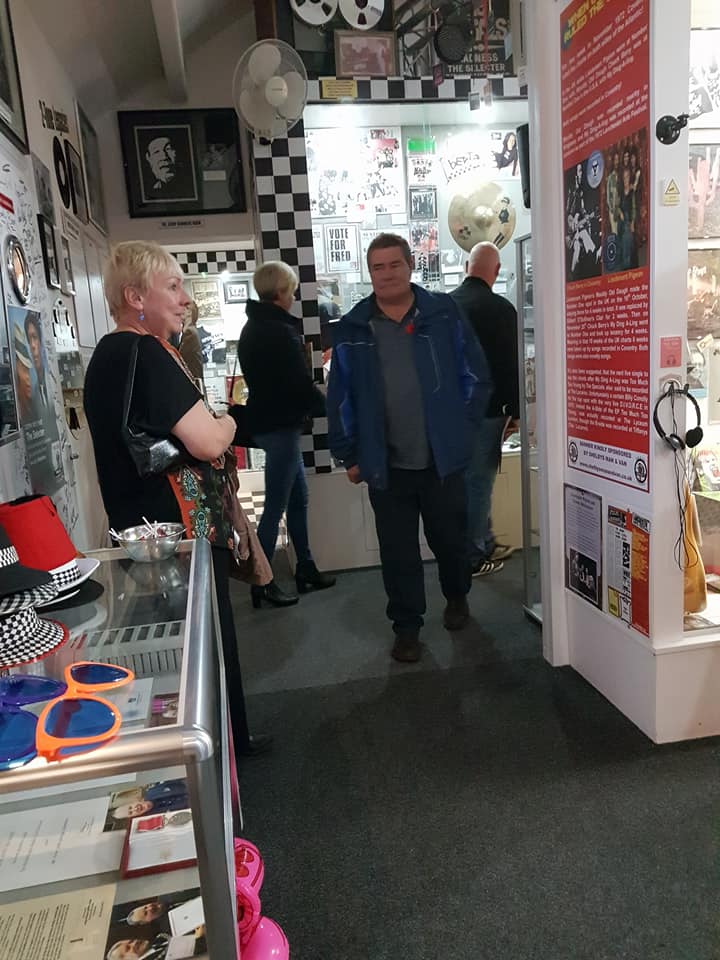