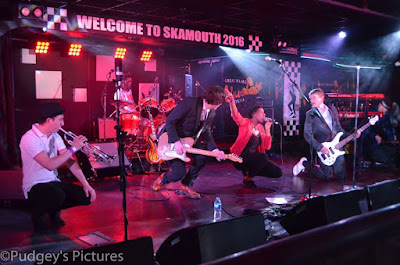 Barb’d Wire have, over the last few years, developed into one of Coventry’s most popular and exciting bands on the local live circuit. You only have to be at one of their gigs to be left in no doubt of that and to appreciate the atmosphere that they create.
The band formed during 2013. They grew quickly and their reputation has, over time, spread widely. A promising EP, ‘Stayin In’, was released during 2015.

More recently however, personnel changes, has clearly forced Barb’d Wire to, slim down and review their style. 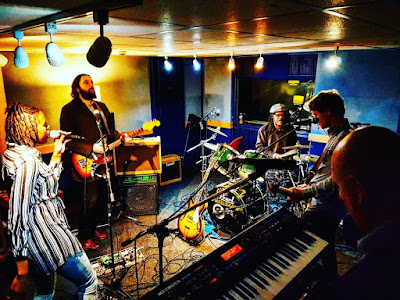 As a result, and on the evidence of their first album, an inspirational decision appears to have totally transformed the band.

The decision was possibly forced upon them, after being brought about by those circumstances, who knows. Either way it is a bold move that should clearly pay off.

This revised line-up has seen one time backing vocalist Cherelle Harding move to centre stage. And on this release she simply blossoms.

After listening to their debut album release ‘Time Has Come’ it is a move that has had a markedly positive effect. And the album certainly lives up to its title.

For me personally, the band has suddenly shifted up several gears from being a good and solid band to one that is more interesting and less one dimensional to listen to. And by doing so this album has instantly gained its own identity.

The songs contained within are based around social observations and, as a whole, is not overtly political. The album, however, is not all about life’s experiences as currently is. The CD also showcases songs of hope and aspirations.


‘Time Has Come’ is also so much more from revolving around one person within the band. In addition to Cherelle the credits on the album sleeve are Jon Pudge trumpet, Ryan Every guitar, Graham ‘Fingers’ Aitken bass, Trevor ‘ET’ Evans Drums and an un-credited keyboard player.

The instrumentation throughout the, almost 40 minutes and twelve tracks is simply excellent. So good in fact, that the album, kind of cries out for an instrumental interlude. And the listener is not disappointed as, at roughly mid-point on the album, the band cuts loose on Rockfort Rock.

Together they pound out a delightful rhythm of repetitive bass riffs with off-beat guitar. But added to that is a blend of lush sympathetic brass playing that spreads and offers an effective contrast.

Of course production plays a major part of making any record sound this impressive. And Roger Lomas has done a wonderful job of balancing the opposing sounding instruments as well as rounding off any sharp edges. Excellent use of reverb and echo also prevails throughout.

I am assuming that the album will be on sale at gigs but I bought my copy, a signed one at that, from Suky Singh’s emporium based at the 2 tone village on Ball Hill. These will not be around for long. 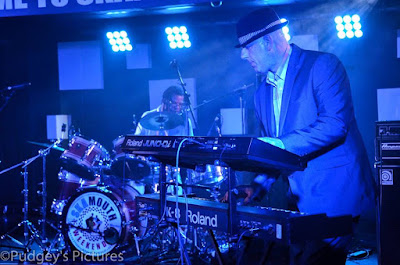