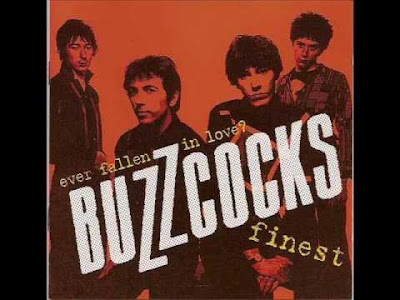 Continuing a theme, I set myself during 2016, of attempting to celebrate the new wave of bands, and their music, that had shook up the whole scene some forty years previous, I think it must be worth mentioning the revolution that Pete Shelley and Howard Devoto brought to the music industry.

Both Pete and Howard, who were then both members of The Buzzcocks, are themselves very modest about it all. And, quite possibly, they never gave it a second thought or stopped to consider the impact that their approach to getting The Buzzcocks music ‘out there’ would forever leave on popular music. 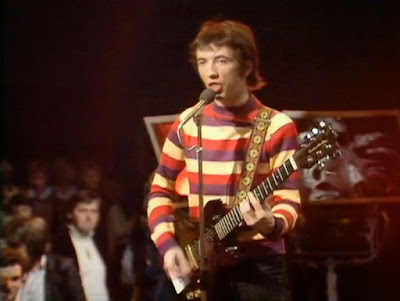 Going back to the mid-1970s and the music business was in a vastly different place to that which it is in today. And without a record company deal both Pete Shelley and Howard Devoto really wanted to hear how this band that they had formed would actually sound like in a professional environment. So they came up with the idea of making and distributing their own records. Forty years ago this really was out of the box thinking.


Shelley and Devoto had already created a small piece of musical history for themselves by putting on the now legendary gig at the Lesser Free Trade Hall in Manchester that featured their own band along with The Sex Pistols and Slaughter and the Dogs. It is now written into folklore how the pair had been to London and High Wycombe to see the Pistols, after reading about them in NME, and realising that there was actually another band trying to achieve the same musical vision as their own.

Shelley and Devoto set about their quest and discovered that they could get a thousand records printed for five hundred pounds including a picture sleeve. Five hundred pounds was an awful lot of money back then (getting on for three grand in today’s money using an online comparison). So after help with the finances from friends and family they went for it and actually began the process of making their own records.

After earlier attempts at the recording process themselves Pete and Howard met up with Martin Hannett, who had been described to the pair as a ‘hippy and wanna be producer and recording engineer’. Martin booked the band into a studio. And he produced the band’s first organised recording sessions held during December 1976. After these early efforts Martin Hannett would, himself, go on to become a very successful producer.

Pete Shelley had been bought a Polaroid camera for Christmas 1976 and it was this that he used to create a shot of the band. And that very photograph was used for the 4 track EP’s sleeve. A copy of the EP, titled ‘Spiral Scratch’ and which was released during January 1977 on the bands own newly created New Hormones label, was sent out to John Peel. And not long after John had given the record a spin on his very popular radio programme, the initial run of one thousand copies sold out.

As news of the EP’s success spread it was as though, all of a sudden, any aspirant musicians suddenly felt empowered to be able to make their own records. A new dawn had certainly broken through. 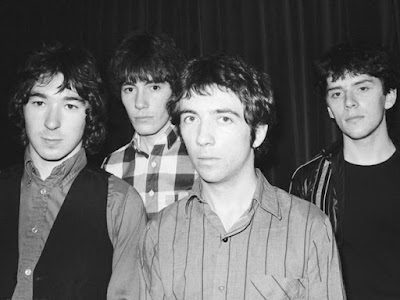 Soon after the release of ‘Spiral Scratch’, and after performing just 11 gigs for The Buzzcocks, Howard Devoto left the band. He returned to college but would resurface a year or so later with a new group called Magazine.

Magazine were a totally different proposition altogether. They used the energy of punk but added more complexity and emotion to their music. Magazine was a quite superb band who released a succession of excellent albums.

My own personal introduction to The Buzzcocks happened around September 1977 and it came, as most things did, via the above mentioned John Peel show. The band played a session for John and the tune I immediately picked up on was ‘What Do I Get’. I clearly remember that it seemed like an eternity to wait for ‘What Do I Get’ to be released as a single as it wasn’t due for issue until February 1978.

However enthused by my knowledge of this new band I headed for Virgin Records in the arcade in search of back catalogue vinyl. Of course the lads who worked in there at the time, namely future Specials drummer John Bradbury and photographer John Coles were unsurprisingly I guess, already aware of The Buzzcocks.

My enthusiasm for the band must have struck a chord with John Bradbury as on my next visit to Virgin he handed me a homemade cassette of Buzzcocks live sessions recorded even earlier to those in December 1976 which produced ‘Spiral Scratch’. These particular sessions, recorded during October 1976, would surface as a semi-official release titled ‘Time’s Up’.

‘Time’ Up’ re-appeared on vinyl during the 1990s. And although purchased a copy of it, I still, to this day, hold on to the cassette John Bradbury gave me.

Shortly after the John Peel session in September 1977, The Buzzcocks happened to appear at Coventry’s Mr Georges club. By now the band had signed up with United Artists records. With Howard Devoto gone the band at this point was Pete Shelley on guitar, Steve Diggle guitar, John Maher on drums and Garth Smith on bass.

And this visit to Coventry became significant for two reasons. One was the fact that this gig would be Garths last for the band (legend has it that he was sacked immediately after) and the other was that The Buzzcocks had been supported by Coventry band The Flys fronted by Neil O’Connor – Hazel’s brother.

With Steve Garvey now on bass guitar the band made two return visits to Coventry, in fairly quick succession. On both occasions they appeared at the theatre. These gigs took place in 1978 and the early part of 1979 and would have been in support of their debut album ‘Another Music in a Different Kitchen’ and its follow up ‘Love Bites’.

The Buzzcocks tour for their third album ‘A Different Kind of Tension’ never passed through Coventry as far as I remember. Instead you needed to get to Birmingham Odeon or Leicester De Montfort to see the band. But, if you got to either venue in time to see the support band you were treated to fellow Mancunian’s Joy Division. Apparently, though, the tour did very little for Joy Division’s lead singer and lyricist Ian Curtis. Apparently he found playing these larger sized venues totally soul destroying.

2016 saw The Buzzcocks celebrate their achievements with a fortieth anniversary tour. Once again Coventry was on the schedule where this time they were to be seen at The Copper Rooms located on the Warwick University campus. They performed a great selection of songs, which spanned their entire career, played in that now familiar fast and furious style.

And to mark the fact that their first recordings were also released forty years ago, January 2017 saw ‘those ‘Spiral Scratch’ utterings being lovingly re-released through the Domino Record Company, along with the nascent ‘Time’s Up’ demo recordings’. And very well in the charts they did too.