Pete Clemons on Bell Green axeman who has sadly passed away 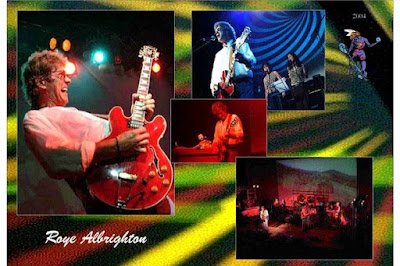 Roye Albrighton was born in the Bell Green area of Coventry on February 6 1949. He is a son of Arthur (Senior) and Anne Albrighton. He will always be best remembered for his continuing involvement in the world renowned band Nektar where he plays lead guitar and is also lead vocalist.

Roye, actually born Roy, started learning to play guitar at around the age of 10 when brother Arthur (Modie), who had been a television repair engineer, used to fix elderly people's TVs for free. One day he was given an old Spanish guitar by one of his clients. Roye came across the guitar that, apparently, only had one string. This minor issue did not deter him, the guitar was repaired, strings were replaced and the rest as they say is history.

His early influences included bands like The Ventures, The Spotniks and The Shadows. Later, as he was learning his craft, he would be inspired by bands like The Beatles and the various Jimi Hendrix bands like The Experience and The Band of Gypsies. Incredibly, in fact, Roye once actually jammed with Hendrix during a spell of living in Gothenburg, Sweden.

Roye began his musical career in local band The Peeps who went on to release several singles for the Philips label. After this he became a member of Rainbows. Actually The Peeps and The Rainbows were essentially the same band. But it was at this point when Roye started to write his own material and began to work it into Rainbows music.

Rainbows were known for their flowing silky robes, eye liner and Vidal Sassoon styled hair. This was fairly outrageous stuff for the time. The band also relocated to London for a while where they signed up with Ashley Kozaks management.

They recorded and cut two singles on the CBS label. The first was called ‘Rainbows’ and the second was called ‘New Day Dawning’, a quite wonderful song that would eventually feature on a Nektar album called ‘Sounds Like This’.

During 1968 Rainbows were doing some gigs in Germany. These included dates at the Top Ten Club in Hamburg. And it was during some leisure time that Roye paid a visit to the famous Star Club next to the Reeperbahn.

While there he heard a drummer rehearsing. His curiosity got the better of him and Roye went into the club and met up with Ron Howden who, at that time, was drummer of house band Prophecy. The following day Roye took his guitar along and the 2 jammed together. The chemistry between Ron and Roye was almost instant.

Roye rejoined Rainbows but, sometime during 1969, the band went their separate ways. Incidentally, after the split, the nucleus of Rainbows went on to form a band called Still Life who, themselves, released their own highly regarded album.

From Rainbows Roye then moved to Sweden and took up residency for a while. While there he met up with a promoter who had worked with him when Rainbows toured the country. This led to him being put in touch with a band called The Outsiders who he played with for a short time until it was time for him to return to the UK. 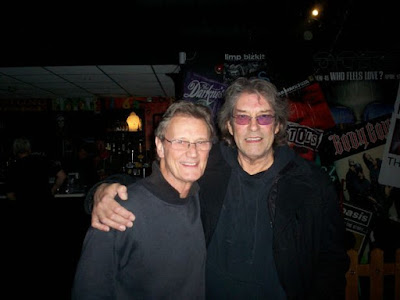 
It was now late 1969, and a year or so after those jamming sessions with Prophecy, and Roye received a telegram out of the blue from Mo Moore who was Prophecy’s bass player. The telegram asked if he would be interested in going back to Germany and taking up the lead guitar position within Prophecy as their guitarist was leaving. At the time Roye had been rehearsing for a part in the backing band for the London debut of Hair.

However, in November of 1969, Roye teamed up with Prophecy and, shortly afterwards, together they formed the band Nektar.

In the 40 plus years since their formation Nektar have often been regarded as one of the most influential bands of the 1970s within their genre. They were pioneers of futuristic live shows and performed some of the earliest gigs that included lights and pictures. Their 1970’s albums are some of the most adored records of the progressive rock genre.

Following the release of Nektar’s fourth album ‘Remember the Future’ during 1973 (their second album release in the U.S.), the band were launched into orbit as they became hugely popular, not just in Europe, but also in America.

Sadly Roye passed away recently in his home town of Poole.

During 2014 I was fortunate enough to have a chat with Roye. He was great company and was agreeable to answering all the questions I had ready for him. And so here is that conversation in full..............


You grew up in the Little Heath / Bell Green area of Coventry. Were they happy memories?

They were very happy memories, especially just after I left school and started out on my musical adventure.


When you think back and reminisce is there anything about Coventry that still makes you smile and that maybe you still miss?

Because I left Coventry not long after I was able to get a passport, I used to go from pub to pub wherever live music was playing, I have fond memories of that time when you could literally go from one gig to another and just get up and jam with whoever was playing.

What other early Coventry memories do you have, such as youth clubs, and where in town did you go to buying your records that kind of thing?

I was never really one for going to youth clubs, but used to hang out wherever music was involved be it at pubs/clubs or music shops. There were two main music shops in Coventry at that time with similar names, Cranes and Paynes, Paynes were great because they would let you take a guitar down and try it out.

The Peeps were formed in 1965. Who approached you about joining the band? Are you able to recall your first gig with them?

I think our first gig was in Hamburg at the top ten club but I can't be sure. Martin Cure came around to my house one day and told me that Steve Jones their guitarist was leaving and asked if I would step in.

Of course I said yes Martin is one of the nicest guys you ever want to meet.

Did you have a favourite Coventry venue where you enjoyed playing at the most?

The Navigation Inn and the Heath hotels back room which we always called Dantes Inferno.

Next group up were The Rainbows. How did that band get up and running?

Rainbows were the Peeps reincarnate, Terry Howells came on the keyboards and Gordon Reed was on drums. Graham Amos was on the bass. We got involved with Ashley Kozak who was previously Donovan’s manager and recorded our first track which was Rainbows. It was music away from the normal verse chorus of the day and was probably the beginning of what would later be known as progressive rock.

Of course you were with Rainbows when you went to Germany and first met up with the guys who would become Nektar?

That's right, we were doing a stint as the house band in the Top ten club in Hamburg and during the day while the clubs were being cleaned I passed the Star club and heard a drummer practising. This was Ron Howden from the band Prophecy. He and I decided to spend the next few days together playing and when it was time for Rainbows to return to the UK I told Ron that if they ever needed a guitarist they should call me. A while later I got a telegram from the bass player asking if I want to join them in Hamburg. That was November 5, 1969.

With The Peeps I am guessing the music style was described as beat. With Rainbows it got a little more ambitious. Throughout those years in the 60s can you describe your own music ambitions? I think what I am trying to get to here is when did you begin to realise that you could create music that was even more ambitious and even more stretching than the normal three minute song. When did you get that spark? Each album created by Nektar is a journey rather than an album of songs.

When the Peeps were together we played a lot of Motown material and some lightweight soul music. When we changed to Rainbows we sat down and really thought about what we could really do that would be different. Of course we wanted to stay in the rock vein but were unhappy to continue to play standard material, something new was needed. We came up with a few ideas that were touching on commercial but not too much but at the same time able to venture into other parts, a little like the classics would do. This for me would be the start of my own personal song writing career which would expand even more when I joined Ron Howden to form Nektar.

Nektar of course are well documented around the world. I could really go off on one right now and gush over some of those albums you created with them. But I don’t want to do that, only to say that after all these years those albums still make the hair on my back stand.

It was a very special time with Nektar, we were very productive in the space of a few years, it was a kind of relief to be able to play and create music as we want, we were lucky in the fact that our then record company gave us the freedom to do this. Ninety nine percent of all other record companies were afraid to take on our first album.

I accept that times change and musical tastes move on but today’s music listener is not afraid to travel back in time to listen to some of those classic rock acts of the past as well as embrace what is current.

For me though the music is just too good to ignore and although I would personally recommend that you listen to and totally absorb yourself in a Nektar album from beginning to end, given today’s listening habits, you can treat yourself to selected tracks.

If that is your preferred option then give songs such as ‘Wings’ ‘New Day Dawning’ and ‘Do You Believe in Magic’ a spin. They are truly astonishing and they really do stand the test of time.

Treat yourself and hopefully you will gain a better understanding of why Nektar were so successful worldwide and why the band are still welcomed in and able to tour many parts of the globe.

Earlier articles on the Nektar